Recent activities of AAP has angered a considerable section of Hindus. Arvind Kejriwal seems to be trying to control damage before Gujarat and HP elections. 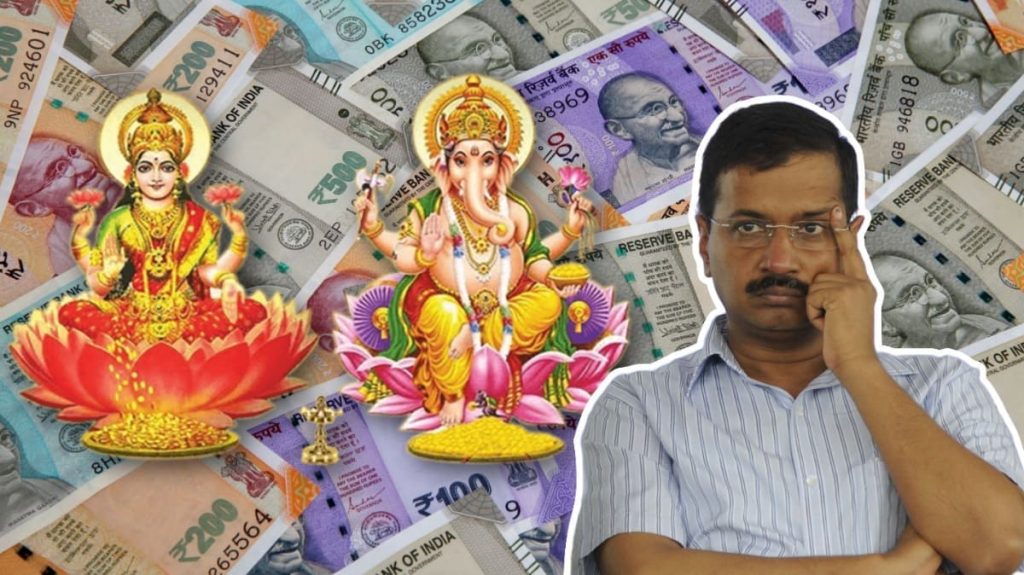 How to improve India’s economic situation? Bring out new currency notes with images of Goddess Lakshmi and Lord Ganesh.

“We have to make a lot of effort to improve the economic situation of our country. Our efforts bear fruit when we have the blessings of Gods and Goddesses. The whole country will get blessings if on currency notes, there is a photo of Ganesh Ji and Lakshmi ji on one side and Gandhi ji on other side,” said the Delhi Chief Minister.

“Lakshmi is the goddess of prosperity and Lord Ganesh removes hurdles. I am not saying change all notes. But all the fresh notes issued every month should have their images,” said Kejriwal, who seems to make a desperate attempt to present a Hindutva face to woo voters base of the BJP ahead of elections in Gujarat and Himachal Pradesh.

“When Indonesia (Muslim nation) can, why can’t we? Lord Ganesh’s image is printed on the 20,000 rupiah note of Indonesia. The country was facing a delicate situation with the rupee depreciating against the US dollar,” he added.

BJP as well as the congress have slammed Kejriwal for his statement. BJP spokesperson and Rajya Sabha MP Sudhanshu Trivedi has taken Kejriwal to task. Sudhanshu tweeted about hypocrisy of AAP and Arvind. He took potshots at past record of AAP.

Their Gujarat president calls temples as centers of exploitation. His ministers take oath against Hindu deities. They say that Ram temple is not worthy of worship. Their party distributes stipends to clerics. And now, they are propagating half-baked knowledge about Indonesia. They want deities on currency notes! People can see through their design.”

Punjab Congress President Amarinder Singh Raja has also criticised Arvind Kejriwal. He said, “After failing with his competitive populism, Kejriwal is now resorting to competitive Hindutva. But he will fail again, for sure as people are wise enough to read into his desperate designs.”