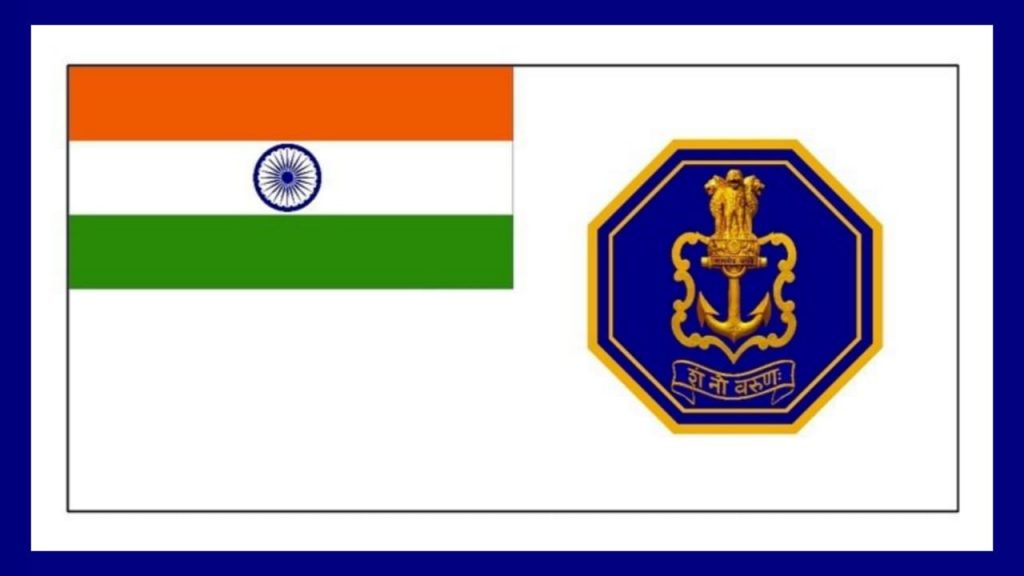 PM Modi on Friday commissioned INS Vikrant to the Indian navy in Kerala. Prime Minister also unveiled the new Naval Ensign for the Indian navy. The new Ensign is a step towards doing away with the colonial past and cherishing India’s rich maritime heritage. PM dedicated the new ensign to Maratha King Chhatrapati Shivaji Maharaj.

What is An Ensign?

A naval Ensign is a flag which is used as a form of identification for the Naval vessel, ground stations or for naval bases of the Navy. It gives national identity to the naval warship when it is away from its shores.

The old ensign had colonial feature in it. A need was felt to introduce a new design that drew inspiration from our history hence the new ensign was introduced which is a step towards the direction of ongoing national endeavour to move away from colonial past.

The new Indian naval ensign is named as ‘Nishaan’ which means symbol. Post independence, this is the fifth change in the navy’s ensign. Indian Naval flags carried the signs of slavery and it has now been replaced with the a new one which got its inspiration from Chhatrapati Shivaji Maharaj said PM Modi.

Features of the New Ensign

The new ensign dropped the Red St. George’s Cross of the colonial times. The new ensign is inspired from the seal of the great Indian emperor, Chhatrapati Shivaji Maharaj, the blue octagonal shape in the new ensign represents the eight directions symbolising the Indian Navy’s multidirectional reach and multidimensional operational capability. The anchor symbol represents “steadfastness”, the navy said the motto of the Indian navy ‘Sam No Varunah’ is inscribed in the octagon in golden Devnagri script.

After independence, Indian navy was still called Royal Indian Navy as India was still not a republic After India became republic in 1950, the prefix royal was removed, and the navy was called Indian Navy. The Navy Crest and flags were Indianised; the British flag was replaced by the tricolour retaining the British Red St. George’s Cross In the seventies, Vice Admiral Vivian Barboza yet again supported the demand for a change in the present Ensign of Indian Navy. The Ensign was subsequently changed for the second time in 2001, when the navy removed the Red St. George Cross and replaced it with the Navy Crest. The removal of the St George’s Cross ended a 250-year-old tradition which was practised from the colonial times. However, the new Ensign had some shortcomings as the blue naval crest in the flag was indistinguishable as it easily merged with the blue colour of the sky and the ocean. Hence to remove these shortcomings, in 2004 a third change was made to the ensign and the cross was reintroduced in the new ensign by the Navy with some Indian specifications It had then a white ensign, the red cross, a golden yellow state emblem (Dharma Chakra) and the national flag. In 2014, the ensign was again changed for the fourth time and the national motto “Satyameva Jayate” in the Devanagari script was added beneath the national emblem in the ensign.