BJP has increased its vote share by 3% since last elections in 2020. AAP has gained due to loss of vote share of Congress in MCD elections. 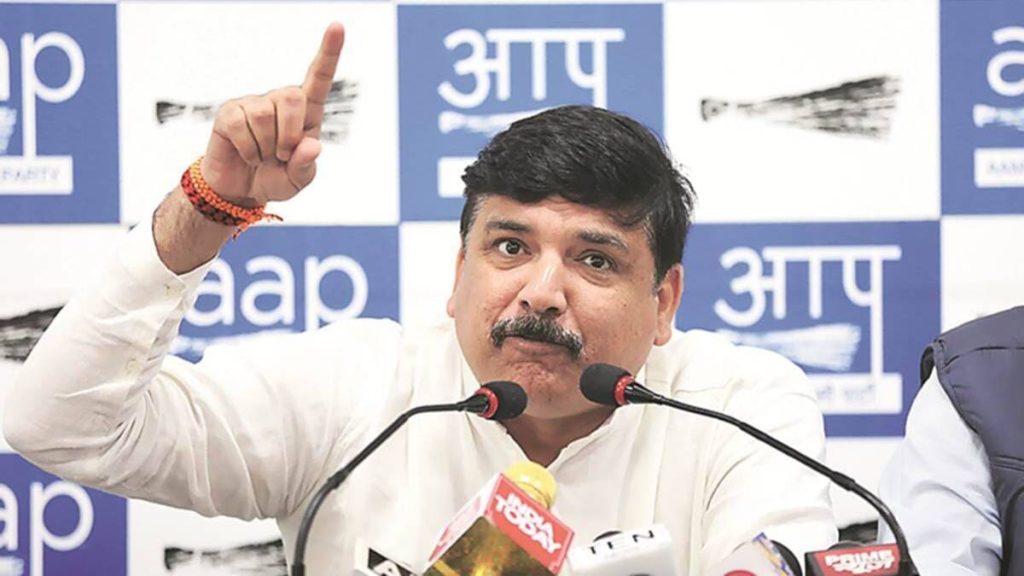 New Delhi: AAP has wrested Municipal Corporation of Delhi from BJP. In politics, victory is what really matters. But, there are some interesting patterns that have emerged from the MCD polls.

Amid the counting of votes for 250 seats of the unified MCD, Aam Aadmi Party MP Sanjay Singh made a tall claim. He stated that the people of Delhi have discarded BJP’s dirty politics. And they have accepted the honest Arvind Kejriwal.

Did the people of Delhi accept Kejriwal’s governance? If they would have, AAP should have won at least the home turfs of Manish Sisodia and Satyendra Jain among others. But both of them lost and lost badly!!

In Sisodia’s Patparganj assembly seat, the BJP won three of the four MCD wards. Whereas, in Jain’s Shakur Basti assembly seat, the BJP won all three MCD wards. The duo are accused of corruption, and are under investigation by Enforcement Directorate (ED) and Central Bureau of Investigation (CBI). Corruption allegations against AAP leaders were a major issue for the BJP in the runup to MCD polls. Particularly since AAP has emerged on an anti-corruption plank.

Manish Sisodia is facing charges of corruption in the Delhi Excise Policy scam. Satyendra Jain is in jail on charges of corruption. Moreover, Jain is also accused of gaining special treatment in jail. A number of videos have surfaced to this effect. In these videos, he is seen getting massages from fellow prisoners and interacting with them freely.

Delhi Lieutenant Governor VK Saxena had ordered a probe into the Delhi government’s now-scrapped excise policy. It led to a CBI raid on locations associated with Sisodia. LG added that AAP leaders were using the excise policy to “receive kickbacks” and promised that Sisodia, who was “instrumental” in framing it, would “face the music and the law”.

AAP also lost the turf of Amanatullah Khan. The party lost four of the five wards in Okhla Assembly Constituency. In 2020, Khan had registered an emphatic win from the Okhla Vidhan Sabha Constituency with a margin of 71,827 votes. Police arrested Khan on September 16 for his involvement in alleged irregularities in the Delhi Waqf Board, of which he is the chairperson. Khan allegedly made several illegal appointments and was involved in corruption.

It also lost the turf of Gopal Rai and Kailash Gehlot. Rai had to resign as Delhi’s Transport Minister in 2016. He is facing charges of corruption in implementing the government’s app-based premium bus service scheme. However, he came back to the Cabinet as the Environment Minister after AAP’s win in the 2020 Delhi Assembly election.

Gehlot is facing charges of evading tax to the tune of Rs 120 crore. The Income Tax department in 2018 claimed that Gehlot had evaded tax worth Rs 120 crore. His name also figures in the 2020 DTC scam.

So, for Sanjay Singh to claim that the people of Delhi have chosen an honest Kejriwal is an exaggeration and falsehood.

Kejriwal’s assertion goes for a toss

Before the MCD election, Kejriwal asserted that AAP will win more than 230 out of 250 seats and BJP 20. Technically the Delhi CM was right because AAP had garnered 54 vote percent in 2020 assembly elections. But what happened? AAP won 134 of the total 250 MCD wards and BJP 104 wards and ranked second. Also the party’s voting percentage in the just two years slipped from 54 percent to 42 percent in the MCD polls, which is equivalent to losing approximately 50-odd assembly seats.

If inside sources in AAP are to be believed, Kejriwal was furious about the party’s performance. Especially those wards where tainted AAP leaders’ have the control.

The Delhi CM was expecting for a sweeping victory to project himself as main contender to PM narendra Modi in 2024, but all the calculations have gone awry because of the erosion of his party’s image due to corruption charges.

Sanjay Singh also claimed that AAP dented the votes of BJP. However, available trends indicate otherwise. Vote share percentage of BJP shows a clear picture. In the last MCD elections, BJP had garnered 36 percent vote share, and this time, it registered 39 percent– a 3 percent increase. Yes, there was dent, but only in vote share of Congress party. The vote share of Congress fell by more than 9% and AAP has gained about 15%.