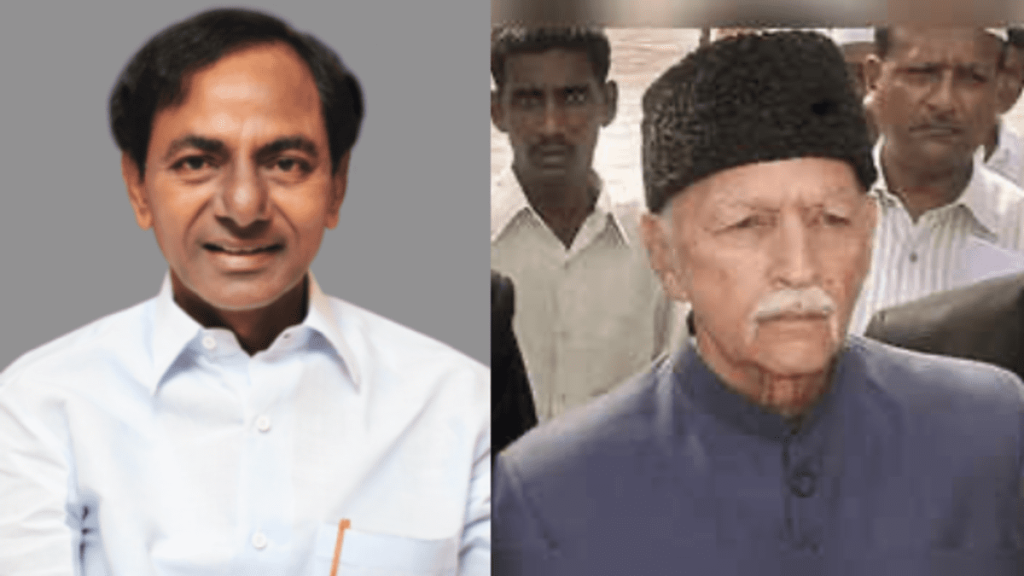 Hyderabad (Telangana): KCR, the Telangana CM seems to have taken Muslim appeasement to new highs. The latest act is Telangana government’s decision to organise a funeral of Mukarram Jah with state honours. Telangana Chief minister K Chandrashekar Rao paid floral tributes to the nominal Nizam at Chowmahalla Palace. His government also gave the guard of honour on the occasion.

The informed Hindus of Telangana find the act highly condemnable. They see this act as a disrespect to thousands of Hindus whom erstwhile Nizam had persecuted. ancestors of present day Hindus who had fought against the oppressive Islamic rule of Nizam.

Mukarram had nothing to do with India

Most importantly, Mukarram had nothing to do with India, for he did not hold any constitutional post. He was neither a Padma Awardee, nor a war veteran or someone who gave supreme sacrifice in the national interests. Mukarram Jah also was a bigot till his demise. His last wish was that his heirs should wrap him in the flag of the Nizam state. Thus, giving him a guard of honor is an insult to the freedom fighters.

He was born in Paris to Azam Jah, the son and heir of Mir Osman Ali Khan. Osman was the last reigning Nizam of Hyderabad state. Mother of Mukarram was Princess Durru Shehvar, daughter of the last Caliph of the Ottoman dynasty, Abdul Mejid II.

Mukarram Jah’s grandfather was in a dilemma at the time of partition. His dilemma was to choose merging Hyderabad with either Pakistan or India. Initially, Mir Osaman Ali Khan signed a standstill agreement. Under the agreement, Republic of India would handle the external affairs and defense of Hyderabad. But significantly, India was to stay away from interfering in the state’s internal affairs. Mir Osman Ali Khan violated this condition when he secretly loaned 15 million pounds to Pakistan. Simultaneously, he raised a semi-private military (Razakars) in the country.

Under the rule of Nizams, Islamic bigots suppressed Hindus in very brutal manner. Hindus were routinely discriminated against due to their religion during their appointment to government posts and the state army. Of 1765 officers in the state army, 1268 were Muslims. Barely 421 were Hindus, and 121 others were Christians, Parsis etc. Of the officials drawing a salary between Rs 600 and 1200 per month, 59 were Muslims. Only 5 were Hindus and 38 were of other religions. The Nizam and his nobles, who were mostly Muslims, owned 40% of the total land in the state, showing the vast inequality in the distribution of wealth.

This resulted in resentment among Hindu population and they launched agitations against discriminatory and oppressive rule of the Nizam. To suppress these agitations, Nizam Osman Ali Khan ordered the formation of a semi-private army called Razakars.

The Razakars were a wing of Majlis-e-Itihadul Muslimeen. They raised 1 lakh jihadis in their army within a span of days. Qasim Razvi was made the chief of the Jihadi forces. The Razakars mass murdered and abducted Hindus in urban Telangana, the Marathwada section of present Maharashtra, and the northeast Karnataka region of present Karnataka.

This resulted in the exodus of Hindus from Hyderabad which made Sardar Vallabhbhai Patel insist on Prime Minister Jawarhar Lal Nehru for annexure of Hyderabad. But, Nehru was hesitant to take a decision to storm into the state and annex Hyderabad, fearing retaliation from West and East Pakistan.

However, Sardar Patel’s insistence forced Nehru, who hesitatingly ordered the Indian Army to annex Hyderabad. On 13 September 1948, the Indian Army launched an attack on Hyderabad under Operation Polo and in a 5-day battle, annexed Hyderabad from the Nizam and integrated it into the territory of India.

Mukarram ran away to Pakistan

During the military operations, Mukarram Jah escaped to Karachi with his mother Princess Durru Shehvar and brother Muffakhan Jah. The princess and her sons moved to a suite at the Savoy Hotel in London, where they lived for the next two years. In 1973, a disillusioned Mukarram Jah, unable to manage the complex legal challenges, left his Hyderabad palace to set up a sheep farm in the Australian outback and pursued his passion for tinkering with old automobiles.

During the years of self-imposed exile in Australia, valuable assets and jewellery belonging to the royal family were allegedly looted by close associates. The sheep farm had to be sold to settle his debts, and Mukarram Jah then moved to Turkey.

He passed away in Turkey on January 14 night at the age of 90.