NHAI has shot off a notice to Karnataka authorities of demolish unauthorised dome shaped mosque like bus shelter within a week. 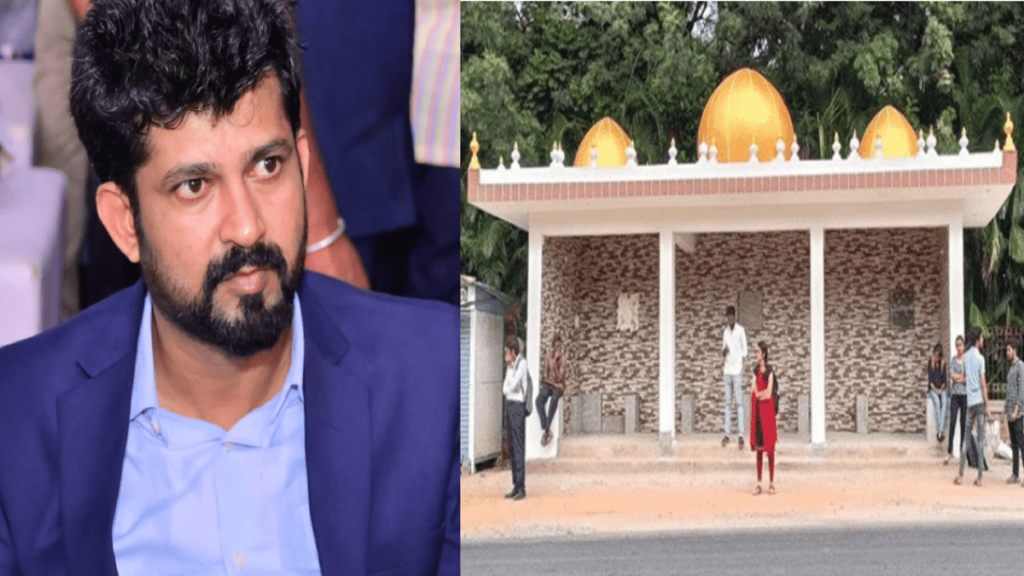 Bengaluru: Ultimately, BJP MP Pratap Simha has had the last laugh. The National Highways Authority of India (NHAI) has issued a notice to demolish mosque like structure. The onus is on the Mysuru Corporation and Karnataka Rural Infrastructure Development Limited (KRIDL) Executive Engineer to remove the bus stop with mosque-like shelter. As per NHAI, the structure is illegal as well as controversial.

The BJP MP had picked up the gauntlet and warned KRIDL engineers to remove the controversial structure. Simha had given four days to the authorities. He had said that if KRIDL fails to do so, he will bring it down himself, using a JCB.

This created a lot of heat in the political circles as the Congress criticised Simha for his intentions to raze down the mosque-like structure.

As a face saving exercise, the authorities constructed Kalash on the dome like structures. But, the action failed to impress an adamant Simha.

Even SA Ramdass, BJP MLA, also made statements, not in line with Simha’s. He said there is nothing wrong with the design of the structure. Engineers have modelled it on Mysuru Palace and is a step to conserve Mysuru city’s heritage.

The NHAI shot off a notice to the KRIDL on November 15, giving them a week’s time to remove the controversial structure.

The notice states that the authorities should remove the structure. According to the notice, NHAI engineers had stopped the construction of this structure many times in the past. NHAI had opposed the construction within the National Highway Right to way.

The NHAI has advised the authorities to consider this letter as a notice. Because, it has developed communal issues as per the national Highway administration act. In case the authorities fail to comply, “as per Highway Administration Act 2003”, NHAI will initiate action.