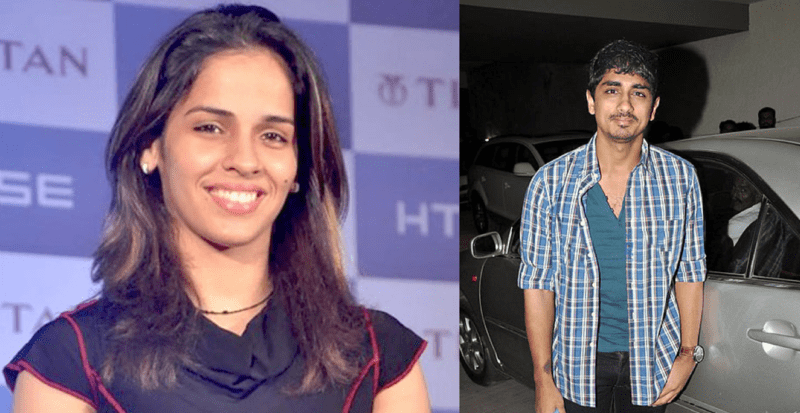 The National Commision for Women has taken strong exception to the lewd comments of South Indian actor Siddharth. The highly misogynist comment was tweeted by the actor on January 6. In the shameful tweet, Siddharth has called Saina a “Subtle Cock Champion”.

The offensive tweet from Siddharth was in response to a tweet by the Ace shuttler. In her tweet, Saina had expressed concern about the security of PM Narendra Modi. Like every concerned citizen, she had expressed her feelings on the lapse in his security by Punjab Government. Apparently, Siddharth did not like the tweet.

The NCW has stated that the comments by Siddharth are misogynist and outrageous. It further added that, such comments amount to disrespect and insult to the dignity of women.

Subsequently, taking Suo Moto cognisance of the comments, the chairperson of NCW, Rekha Sharma has asked the Maharashtra Police to file an F.I.R. against Siddharth. Moreover, she has also asked Grievance officer to Twitter to block Siddharth’s account on the platform.

Unfortunately, Siddharth is trying to brazen it out, but netizens are calling him out. After being exposed on social media, he has come up with an explanation. According to him, he was referring to the “Cock & Bull” idiom, but, netizens saw through it.

Netizens saw through his actions and called him out. The mere fact that his justification came four days after the objectionable comment, speaks for itself. The same was pointed out by tweeple.

A twitter user, Nishant Gaur commented, “It took you 4 days to realize it and that too after the complaint only.”

NCW has also brought the issue to the notice of Tamil Nadu Police.

Let’s hope that a strong action against such actions will set an example for future offenders.