In an embarrassment for the congress, people stood in attention position for the National Anthem, but some other music got played in the background for a few seconds. 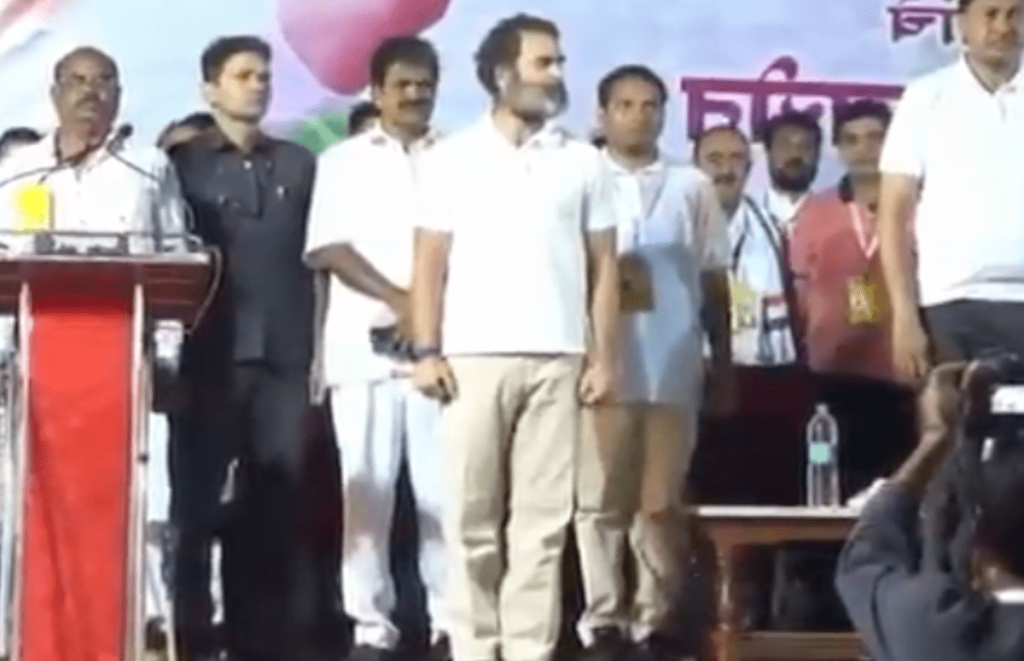 Someone really goofed up Rahul Gandhi’s ‘Bharat Jodo Yatra’ in Maharashtra on Wednesday. What is more embarrassing is that the goof up is related to something as solemn as our National Song. The incident came to light through a viral video on social media. Apparently, the organisers played Nepal’s National Anthem.

In the video, organisers announced the playing of National Song. Congress leader Rahul Gandhi had just finished his speech. Rahul Gandhi also asked for the same on the microphone. As expected, people stood up in attention position as a mark of honour for the National Anthem. But, the audience was bewildered when they heard some other tune instead of the National Anthem.

Rahul stood in attention for full 10 seconds before realising the mix-up. Then, Rahul Gandhi gestured to the leaders and asked them to play the “national song.” Following which, the National Anthem started playing on the system. As the video went viral, internet went wild with Pappu jokes.

BJP leaders slammed Rahul, as well as congress, after the video of a wrong song being played instead of the National Song at the event surfaced.

Sharing the video of the incident Maharashtra BJP leader Nitesh Rane tweeted, “Papu ka comedy circus’. Most tweeter users posted the video and asking, “Which country’s song is this?”

Twitter user Nikhil said, “In any case he is asking for the national song “rashtriya-Geet” which is Vande Mataram, Jana Gana is the national anthem “rashtriya-gaan”. RaGa is the civilizationally bankrupt Indian that Nehru dreamed of.”