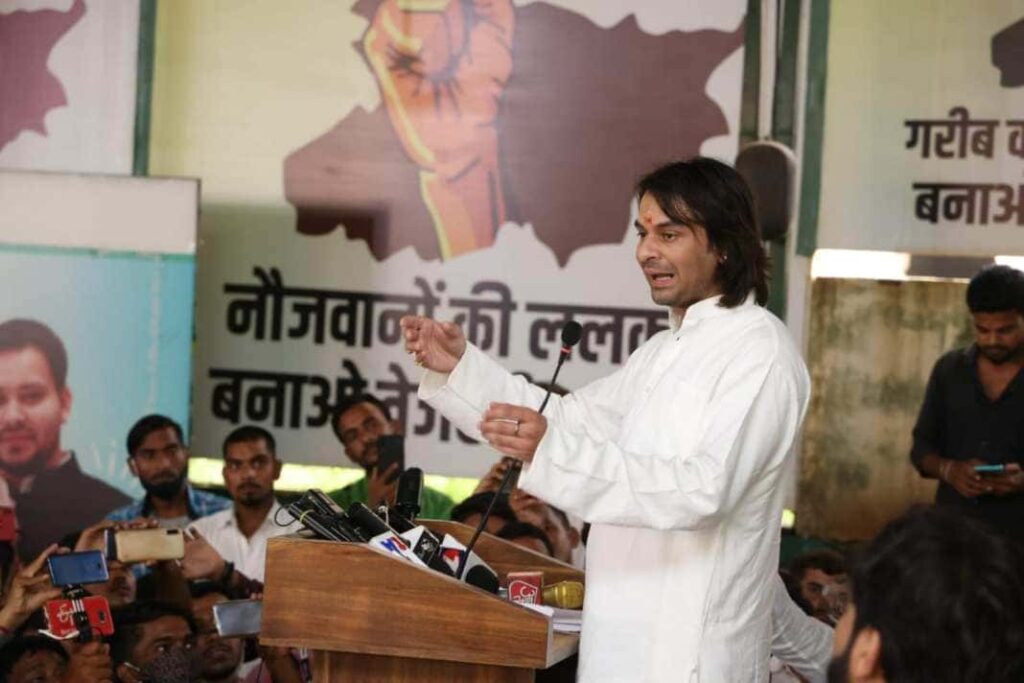 Tej Pratap Yadav, son of former Bihar Chief Minister Lalu Prasad Yadav and Rabri Devi, is often in the news due to his statements, outfits, and appearance. Now he has made another big claim, which doesn’t match with his educational qualification.

In the meeting of Chhatra Janshakti Parishad, he said “Mere Naam Se Pehle Captain Lagta Hai” that his name is Captain Tej Pratap Yadav, he was a pilot and used to fly planes in past, and got the title of Captain, but he doesn’t use it to showoff.

He told that he has experience in flying small airplanes and has flown aircraft named ‘Cessna 172’.

According to Tej Pratap, before joining politics, he wished to join Indian Armed Forces and with his dedication not only did he appear for the Indian Air Force recruitment but was selected as a Pilot. He claimed to have three years of separate training in the ‘Bihar Flying Institute,’ out of which he only took two years of training. Further, he said captain Shivprakash was his instructor.

But, According to NBT, Tej Pratap Yadav is only 12th pass, he took admission to college but couldn’t complete further studies due to failure, and then he dropped out of college.

In 2015 Bihar assembly elections, Tej Pratap Yadav became MLA by winning from Mahua assembly seat then in the cabinet of CM Nitish Kumar, He became minister for Health in the Government of Bihar. However, this government fell after almost two years when Nitish Kumar allied with BJP. Tej Pratap is currently elected to the Bihar Legislative Assembly from the Hasanpur constituency as a member of the Rashtriya Janata Dal in 2020.