Two Muslims, Mohammad and Hussain have been arrested for stewing nails on path leading to Hindu pilgrimage site, Datta Peetha during festival. 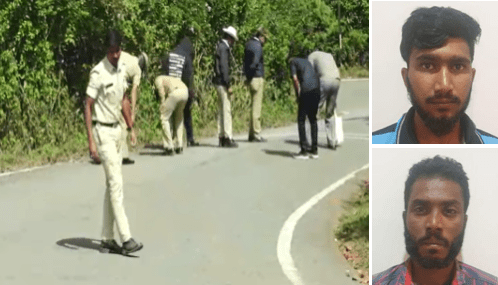 Chikkamagaluru (Karnataka): Police has arrested two members of the outlawed PFI. Names of accused are Mohammad Shahbaz (29) and Wahid Hussain (21). Cops have arrested them for strewing nails on the road leading to Datta Peetha, a Hindu pilgrimage site. The Hindu holy site is located in Chikkamagaluru. The intention of accused was to create trouble for Hindu pilgrims.

The accused had strewn nails on the road for a whopping distance of three kilometres. They spoiled the entire stretch from Kaimara check-post to Datta Peetha. The duo did it during the ongoing festival held between December 6 and 8, Chikkamagaluru SP Uma Prashanth said.

She also said there were many more involved in the crime and police has launched a manhunt to arrest them too.

During interrogation, the duo revealed that they strew nails to puncture the tyres of vehicles to make pilgrims suffer, she said.

Uma added that the PFI workers had bought nails in large quantities from local shops. This act caused many tyres to go flat and devotees suffered hardships to get to the hindu pilgrimage site by foot. The police nabbed the accused after collecting information from surrounding hardware stores on the purchase of large quantities of nails.

Meanwhile Bajrang Dal and VHP members, along with several police officers have cleared the road leading to Datta Peetha. CT Ravi, the local MLA and national general secretary of the BJP, responded to the incident by criticising the radical mindset of certain populace and praising the Hindu worshippers for making it to the shrine despite the challenges.