The accused, Mohammad Shoiab was caught on CCTV. 'Mental instability’ trope is being used again to defend the despicable crime. 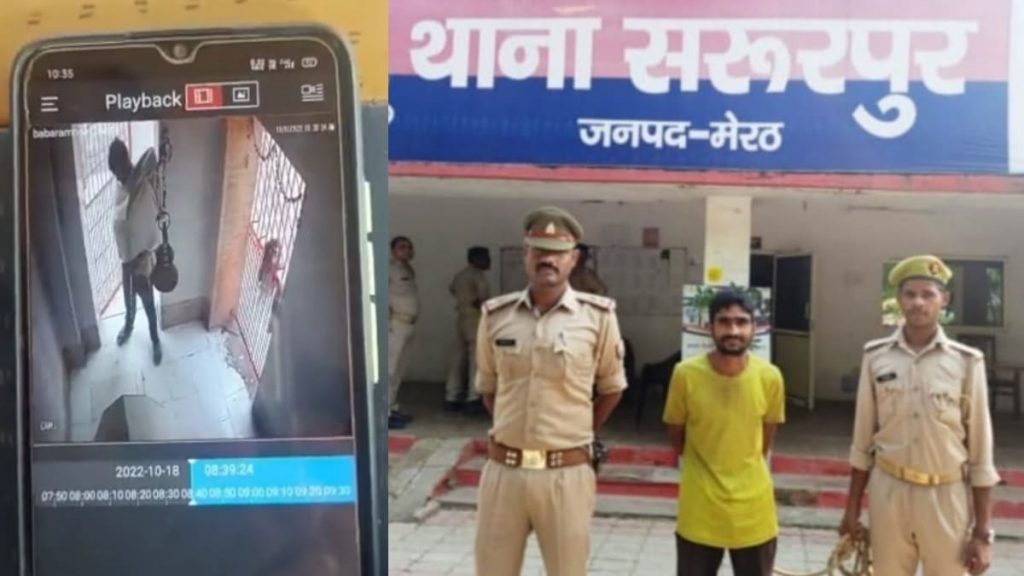 In a shocking incident, a man has desecrated a holy Shivling by urinating on it. UP police has arrested a Muslim for desecrating Shivling. The accused is one Mohammad Shoiab. The sacred Shivling is located in a 200-year-old ancient Mahadev temple in Rasna village, Meerut.

The case came to light via social media. Acccused Mohammad Shoiab was urinating on the Shivling in the video clip. As per reports, Mohammad committed the despicable act on October 18. The CCTV camera installed at the premises of temple captured the Muslim man in the act.

Apparently, the accused was not aware of the camera. In the video, it is visible that Mohammad Shoiab entered the temple secretly. Thereafter, he urinated on the holy Shivling. Before peeing on the sacred Shivling, he looked behind to ensure that no one is watching him.

The next morning the priests raised an alarm when they found the main entrance open and a foul odour emanating from there. Following which, the authorities started checking CCTV footages. It was then that they found out Shoiab perpetrating the shameful act.

However, after the arrest, the cops claimed Shoaib was mentally unstable and also a drug addict. But, Hindu community is not willing to accept this lame excuse.

In recent past, Muslims doing mischievous activities have started using “mental illness” as an excuse.

Earlier similar incidents had taken place in Gorakhnath and Telangana. And, in all these cases, the accused claimed that they committed the crime because they were mentally unstable.

Reacting on this, Himanshu Kashyap posted on Twitter, “If they under drugs or mentally challenged, then why they only do such acts in temples and not in masjid.”

“If the situation was reversed, whole country would be suffering riots now. Just think a whole community along with their Islamic countries got offended just because a fact was stated in a TV program, mind you just the words triggered them. Now, a Muslim doing this what should we do!?,” added Dharamachkra, another Twitter user.