Neelam's husband had forbidden Mohammad Shaqeel from coming to his house. This enraged Shaqeel who used sharp weapon to hack her to pieces. 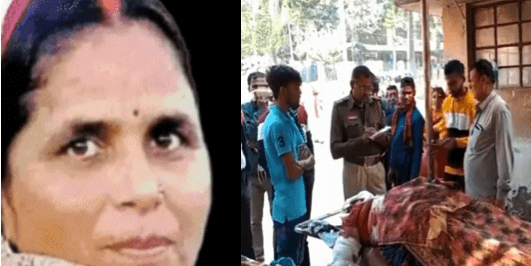 A gruesome murder of another Hindu woman has come to light in Bihar’s Bhagalpur. Mohammad Shaqeel and A married Hindu woman was stabbed to death and then cut into pieces like Aftab Amin Poonawala did to his live-in partner Shraddha Walkar.

This murder is even more gruesome than Shraddha’s because he killed the victim in broad daylight in the middle of the crowded market, unlike Aftab who committed the crime on the sly.

On December 3, Mohammad Shakeel Miyan struck victm Neelam Yadav’s head from behind and then cut her into pieces after she fell down. He then stabbed her numerous times in the head, back, and stomach with a sharp weapon, before cutting her ears, hands, legs and breasts, mercilessly.

Neelam was immediately rushed to a nearby sub-divisional hospital by onlookers. After a brief checkup, the doctors there referred her to Jawaharlal Nehru Medical Hospital, where she succumbed to her injuries during treatment.

Before dying, Neelam revealed the name of the assailant to the police.

Her husband Ashok Yadav and Pirpainti police, were intimated about the horrific incident by Neelam’s villagers who identified her writhing in pain. On getting the information, police officer Ramkumar Prasad immediately reached the spot with his team and sent Neelam’s body for post-mortem.

Mohammad Shaqeel has a short temper

A case was registered and a manhunt was initiated to nab the killer.

According to Ashok, Shakeel frequently visited his house because his agricultural field was adjacent to his. He also suspected Shakeel having evil intentions toward Neelam.

He also said that Shakeel was short-tempered and often indulged in needless arguments and fights with villagers, therefore he asked him to stop visiting his home. This enraged him, who then executed the heinous crime.

As per reports, the Bhagalpur police, has arrested Mohammad Shaqeel and his brother Mohammad Juddin. Reportedly, Juddin was also helping Shaqeel in killing the hapless Neelam.