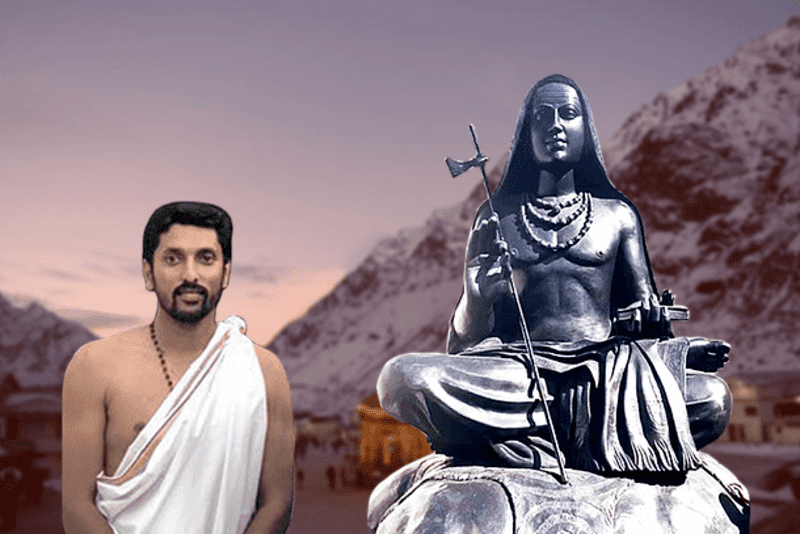 Prime Minister Narendra Modi today unveiled a 12-foot tall statue of Adi Guru Shankaracharya. It replaces the earlier statue which had been destroyed in the 2013 Uttarakhand floods, in Kedarnath.

The PM also inaugurated the rebuilt samadhi sthal of the eighth century seer. The work on rebuilding the Shankaracharya statue had begun in 2019. The beautiful statue weighs about 35 tonnes. It was created by Mysuru’s Arun Yogiraj.

Earlier in the day, Narendra Modi offered prayers at the revered Shiva Temple in Kedarnath.

The statue was installed on the auspicious occasion of Goverdhan Puja. Modi also laid the foundation stone of five Kedarpuri reconstruction projects. The worth of these projects on the river Mandakini is over Rs 400 crore.

What CM Modi could not do, PM Modi did

Interestingly, after the flash-floods, the then Gujarat PM Modi had asked the Uttarakhand government to let Gujarat rebuild it. At that time UPA was ruling at the center. The UPA government had refused to allow Modi to take up the project.

“After the destructive 2013 flash floods, the then Gujarat CM @narendramodi approached Uttarakhand govt to give Gujarat the responsibility to rebuild Kedarnath. UPA govt rejected his offer back then. Lord Shiva ensured he gets elected as PM to complete the task!!,” Tweeted Priti Gandhi, a BJP leader.

While, addressing the gathering, Modi said, “Various Temples, Jyotirlingas, Shakti Dhams, Krishi-Munis and devotees across the country have devoured their blessings and faith in this new development project and have joined me virtually to be a part of this ceremonious event.”

“I am grateful to everyone who have inspired me to establish this project towards the path of progress in the land of ‘Baba Kedar’,” he further said.

Modi shared, “Yesterday, I celebrated Diwali with the Jawans of Nowshera in Jammu & Kashmir and today I am in the ‘Bhoomi’ of our Indian soldiers.”

“I was able to successfully install these development projects in Kedarnath due to my experience of handling earthquakes in Kutch in 2001. I have watched the pain and disaster of the 2013 floods and I feel fortunate enough that we successfully established these development projects in Kedarnath. My inner voice always said that Kedarnath will stand with more pride than ever before,” he recalled.

The PM praised the Uttarakhand government and labourers for it. “Despite extreme weather conditions in Kedarnath, these development projects have come to fruition due to the labourers working tirelessly to help me achieve this mission of restoring strength to this region,” he said.

” Adi Guru Shankaracharya established temples and Jyotirlingas by working all his life for the development of our ‘Parma-Dharma’ that reflects in ‘Bhartiya and Bhartiyata’. There was a time when spirituality, religion was seen only by linking it with stereotypes. But, Indian philosophy talks about human welfare, looks at life in a holistic, holistic way,” he added.

“Our monasteries have stood the testimony of time & helped us regain knowledge & wisdom from time to time keeping the ‘Advaita’ alive. These pilgrim centres are not limited to tourism and a source of enjoyment but rather a way of living for Indians and makes us who we are,” he said further.

The PM also talked about several development projects, which could not take-off earlier in Uttarakhand.

“Uttarakhand government is working proactively connecting Char Dham with well-constructed roads and highways. It will help in boosting tourism initiatives & employment in the state. The work has started on a cable car, so that more devotees can visit Kedarnath,” Modi added.