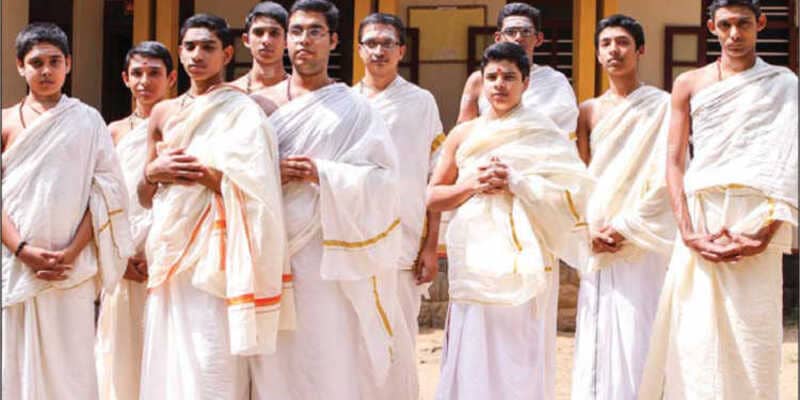 Perturbed by misuse of SC/ST act or anti atrocities law, Brahamans of Madhya Pardesh have apporached the authorities. They are asking for a separate colony for themselves. The Brahmans are raising their concern against “false SC/ST Act cases”. They have said that false cases are being used with the aim of weakening the Brahmin society.

Anti-atrocities law is becoming “an instrument to blackmail innocent citizens and public servants”. Originally, the law was designed to protect Scheduled Castes and Scheduled Tribes from casteist slurs and discrimination. It has become a dangerous trend all over the country.

Fed up with their persecution,  the people of Brahmin community submitted a memorandum to this effect. Copies of the memorandum have been sent to the President, Prime Minister, Governor and Chief Minister. The copies were given to Sub-Divisional Officer Manoj Chaurasia in Khurai tehsil of Sagar district of Madhya Pradesh.

Memorandum submitted to PM and President

The memorandum states, “there was a false SC/ST Act case with the aim of weakening the Brahmin society. There are unreasonable transfers of government employees from our community and brahmin workers of other parties are also being assaulted.”

The memorandum was submitted this week. It mentions SC ST Act case filed against Vinay Choubey and Pankaj Sharma for allegedly using caste-specific words. The cases were filed against these persons as they were not giving money to drink liquor. A high-level inquiry has been sought by the grieving Brahmans.
In the memorandum, the people of the society expressed political pressure, conspiracy and malice against them.
“We have demanded from the Prime Minister and Chief Minister of the state that Brahmins should be settled in a colony outside the Khurai assembly so that we can be safe,” said the protesters.

Such cases have been on the rise not only in Madhya Pardesh, but in the entire country. Such cases are also seen as a ploy to create division between sections of Hindu community. Sometimes the law is also abused to settle petty disputes by using this act.

The Supreme Court was forced to issue directions in this regard in 2018 regarding blatant misuse of the law.
The apex court had observed in a judgment that the anti-atrocities law, which protects Scheduled Castes and Scheduled Tribes from casteist slurs and discrimination, has become an instrument to “blackmail” innocent citizens and public servants.

It had even issued guidelines to safeguard innocent citizens from abuse of this law. These were to protect public servants and private employees from arbitrary arrests under the Atrocities Act. The top court had ordered that public servants can only be arrested with the written permission of their appointing authority.

Senior Superintendents of Police concerned were allowed to register FIR, if the matter pertained to private employees. Recently, the Rajasthan Police had revealed that over 40 per cent of the cases filed in the state in 2020 under The Scheduled Castes and Tribes (Prevention of Atrocities) Act, 1989 were found to be fake.

Unfortunately, Politics took control. This sane decision by the Apex court was rendered irrelevant. The parliament amended the law to nullify the judgement of Supreme Court. It was a classic example of myopic politics defeating humanitarian reformations.