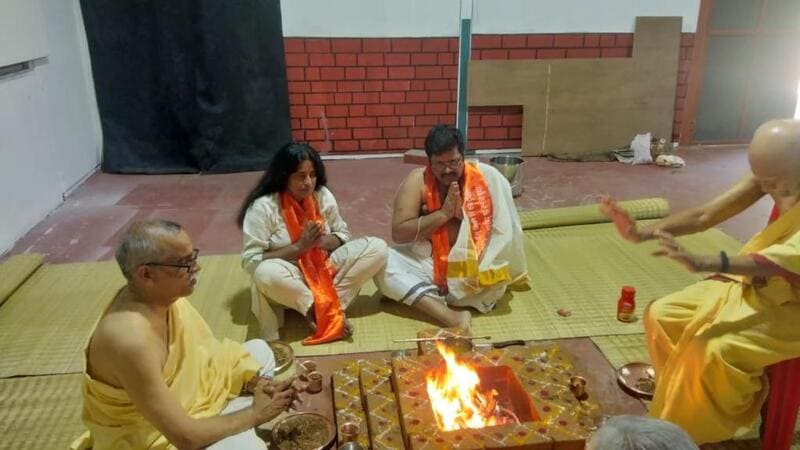 The confirmation came after Pratheesh Viswanath, founder of Hindu Seva Kendra, posted a picture of Malayalam actor while reconverting to Hinduism in a puja on his Facebook account. Viswanath posted his picture with a  caption, “History repeats itself, Ali Akbar is now Ramasimhan”.

In the reconversion ceremony, Ali was accompanied by his wife Lucyamma.

Significance of the name “Ramasimhan”

As per news reports, he chose the name “Ramasimhan” for a reason. The name Ramasimhan has interesting history attached to it. Muslims had killed a person named Ramasimhan for defying them and sticking to Hinduism. “Tomorrow Ali Akbar will be called RamaSimhan. That’s the best name,” he had said.

Islamists had butchered Ramasimhan and his family for converting to Hinduism from Islam. The gruesome incident took place in Malaparamba, Malappuram district on August 2, 1947, only two weeks before the independence

In the attack, Muslims killed Ramasimhan, his brother Dayasimhan, Dayasimhan’s wife Kamala, their cook Raju Iyer and other family members. Since then, the incident is etched in collective memory of Kerala. Not only that, the incident is a grim reminder from Kerala’s past. A past in which Hindus faced brutal religious torture for not converting to Islam.

But gradually they are now coming back to their original religion. Not surprisingly, many Hindus have a keen desire to revert to Hinduism. The step taken by Ali Akbar can be a confidence booster for them.

Why the filmmaker converted:

Ali Akbar had announced his decision to reject Islam on December 10. He took this decision after seeing unsavoury behaviour of many Muslims. Ali noticed that Muslims were celebrating the death of Chief of Defence Staff (CDS) General Bipin Singh Rawat. They were indulging in spreading hate and celebratory messages on social media.

Chief of Defence Staff (CDS) General Bipin Singh Rawat, his wife Madhulika and 11 others had died in an accident. Indian Air Force helicopter had crashed in Tamil Nadu on December 8.

Subsequently, the filmmaker had announced that he and his wife will renounce Islam. It was a protest against a section of internet users mocking the death CDS Rawat.

“I am not a Muslim from today onwards. I am an Indian,” the filmmaker had said in a video.

This blatantly anti-national behaviour irked Ali Akbar. The use of smiley emoticons by Islamists, dismayed him. A section of Muslims was using such emojis while responding to the death of a decorated Army Hero. As a response, he had said, “It’s a protest against those Muslims who were putting smileys on posts related to the death of CDS General Bipin Rawat. Why are religious leaders not correcting them?,”

The Kerala-based filmmaker had said he could not stand with the “anti-nationals” anymore.