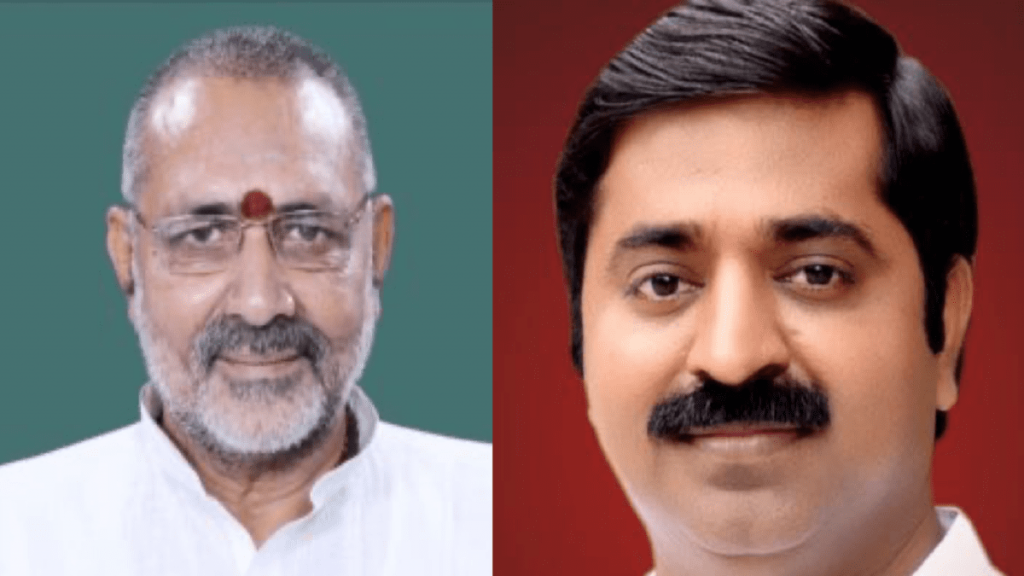 New Delhi: Union Minister and BJP leader Giriraj Singh on Tuesday said that some Muslims are running a love jihad mission in India. Expressing his concern, he said that we must stop this menace.

“The murder of Shraddha is very regrettable. Love jihad is being run as a mission in our country. Courting Hindu girls in the name of love and then forsaking or killing them, frequently occurs nowadays. The incident is really unfortunate. This needs to be stopped,” he told reporters here.

In Mumbai, BJP MLA Ram Kadam also backed Singh’s request to Delhi police to probe whether Shraddha was a love jihad case. He also suspected that a gang might have killed Shraddha.

“It is vital to find out whether a gang was behind the murder. It looks like a love jihad case. There should be an investigation and detect details. Shraddha should get justice. If we want to end the love jihad cases in our country, the police have to investigate the case in this direction as well,” Kadam told reporters.

“I suspected a love jihad angle. We demand the death penalty for Aaftab. I trust Delhi Police and the probe moving in the right direction. Shraddha was close to her uncle and didn’t talk to me much. I was never in touch with Aaftab. I lodged the first complaint in Mumbai’s Vasai,” said Shraddha’s father.

The brutal murder of Shraddha came into limelight afer Delhi police on November 14 solved the six-month-old. The police revealed that Aftab allegedly chopped Shraddha into 35 pieces.

Shraddha had first met Aaftab at a call center in Mumbai. They were co-workers at the call centre. Soon Shraddha fell in love with Aftab, but Shraddha’s family disapproved of her relationship with Aftab. Later, both eloped to Delhi and started to live together.

Aftab disclosed to police that he murdered Shraddha as she wanted to marry him and was pressuring him repeatedly. Presently, Aftab is in police custody.