Love jihad is most heinous and inhuman: VHP

Dr. Jain of VHP released a list of 420 documented Love jihad cases. He slammed sections of media that calls Love Jihad as a conspiracy theory. 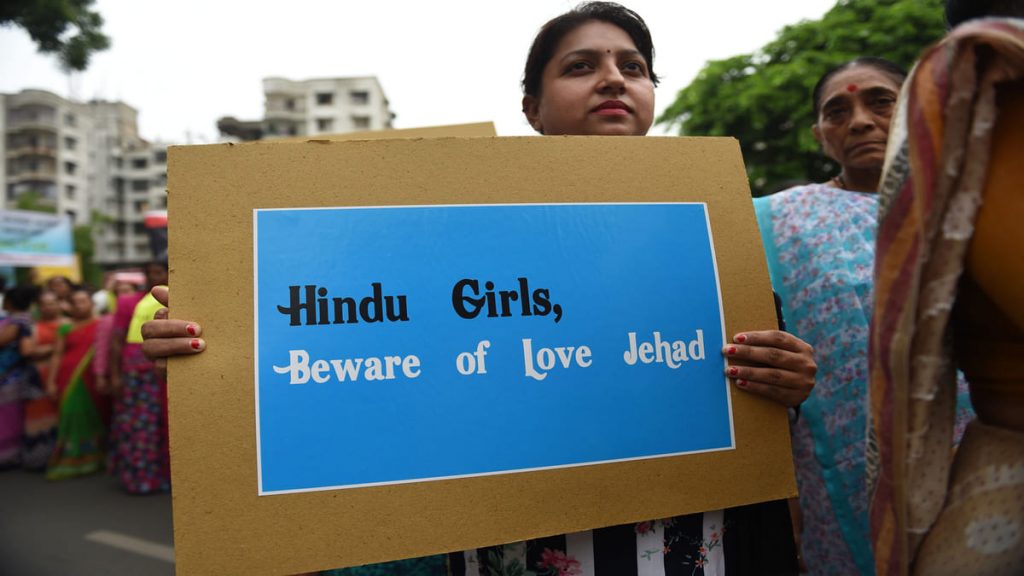 New Delhi: More than 420 alleged cases of ‘Love Jihad’ have been reported in the past few years, according to VHP. It also stated that even Christian girls in Kerala and Karnataka are the victims of love jihad. It also stated that many girls are missing from Hyderabad.

Releasing a list of 420 incidents of Love Jihad, Vishwa Hindu Parishad (VHP) Joint National Secretary Dr Surendra Jain said it is the most heinous and inhuman forms of jihad.

He also advocated a strong central law to prevent love jihad and illegal conversions. Jain said that the twin menace creates social discontent and is threat to national security.

Quoting Kerala High Court’s observation, Dr Jain also described love jihad as the most gruesome form of religious conversion. He said that Mullah-Maulvi and fundamentalist Muslim leaders give inspiration for Love Jihad. At the same time, urban nasals or the Tukde-Tukde gang protects it by providing an intellectual cover to it.

“In the case of Kerala’s Hadiya, it became clear that terrorist organizations like PFI make eminent lawyers stand on the side of jihadis by paying fees of crores of rupees. For this, they get a huge amount of money from abroad,” he said as reported in The New Indian Express.

VHP Also quoted figure from Kerala and Karnataka churches. Dr Jain said that as many as 10,000 Christian girls are victims of love jihad. At the same time, more than 2000 girls are missing from Hyderabad.

The Kerala church also alleged that Muslims are trapping Christian girls and sending them to Syria and Afghanistan, he said. Jain said that menace of Love Jihad is victimising even the peace-loving people in states of Himachal and Ladakh.

To prevent the menace of love jihad and religious conversion, the VHP has decided to launch a nationwide public awareness “Dharma Raksha Abhiyan” from December 21 to 31 against it.

Dr Jain also said that ‘Sir Tan Se Juda’ gang has also become very active. “The helpline numbers issued by Bajrang Dal in this regard have received more than 13000 calls. Out of these, 6285 were only for information, about 5605 were resolved and 9783 calls were meant to join Bajrang Dal,” he said.

He also warned Mullah-Maulvis and radical Muslim leaders to keep both “their tongues and their youths” in control.