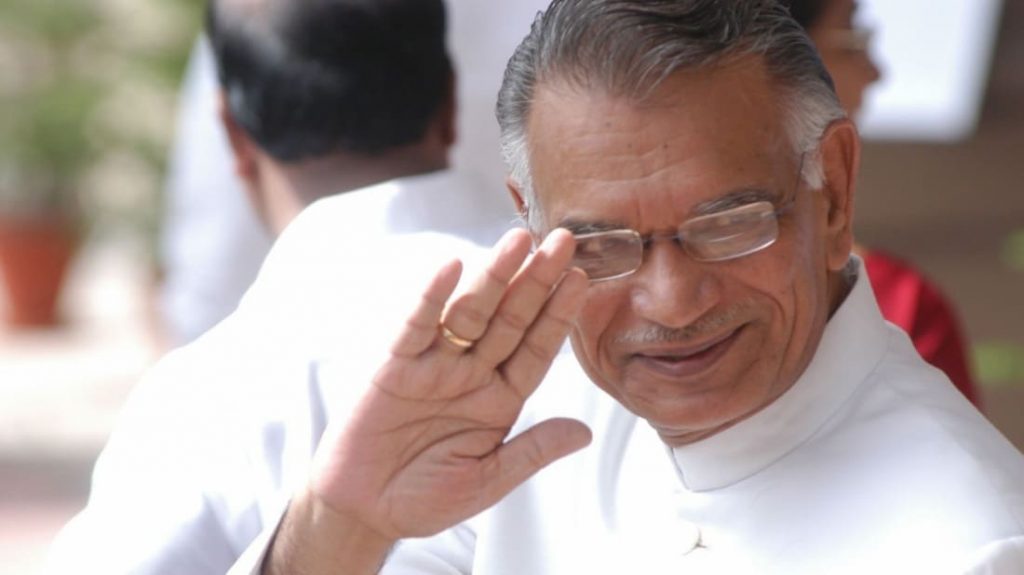 Shivraj Patil, former has shocked everyone with his statement on Lord Krishna. According to Patil, Lord Krishna gave ‘jihad lessons’ to Arjun. General public, as well as leaders are severely criticising the Congress leader’s foolish remarks.

Dapper Patil, was the Union Home Minister when terrorists committed the worst Jihad attack in India on 26/11/2008. He had changed his shirt three times during the course of his visits to the blast sites and hospitals in Mumbai. Once again, he is at the centre of controversy. He made the controversial remarks at a book launch event.

Manmohan Singh, had to sack Shivraj as home minister for his tardy response after the 26/11 Mumbai terror attack. Manmohan was forced to take the action after hue and cry from general public.

In latest controversy, he has said, ” It is not only Quran, where Jihad is mentioned. In Mahabharata, under Gita, there is mention of jihad where Krishna gives jihad lessons to Arjun.” The video in which he heard saying so has gone viral.

He further said that in Hindu religion, jihad means killing a good person, like killing Mahatma Gandhi in jihad. But fighting evil is neither jihad nor wrong.

“Even after explaining everything, someone is not understanding and is coming with weapons, you can’t just flee. And you can neither call it jihad nor call it wrong. This is what one must understand. You can’t make people understand with weapons in hand. That’s wrong,” the senior Congress leader said during the book launch programme.

However, a day later, he claimed he did not mention jihad.”Will you call Krishna’s lessons to Arjun jihad? No. That’s what I said,” he said explaining.

Meanwhile, Shivraj’s party has distanced itself from his comments that Krishna gave Jihad lessons to Arjun. Congress spokesperson Jairam Ramesh tweeted, “My senior colleague Shivraj Patil reportedly made some comments on Bhagavad Gita that are unacceptable. Subsequently, he clarified. Congress’ stand is clear. Bhagavad Gita is a key foundational pillar of Indian civilisation. Here’s an excerpt from Nehru’s Discovery of India.”

Congress is full of hatred for Hindus: Shehzad

“This Hindu hatred is not a sanyog but a Votebank ka Prayog – it is a deliberate ploy before Gujarat polls to polarise a votebank. Earlier, “Janeudhari” Rahul Gandhi also said things about Hindutva; said LeT less dangerous than Hindu groups; Digvijaya blamed 26/11 on Hindus,” he added.