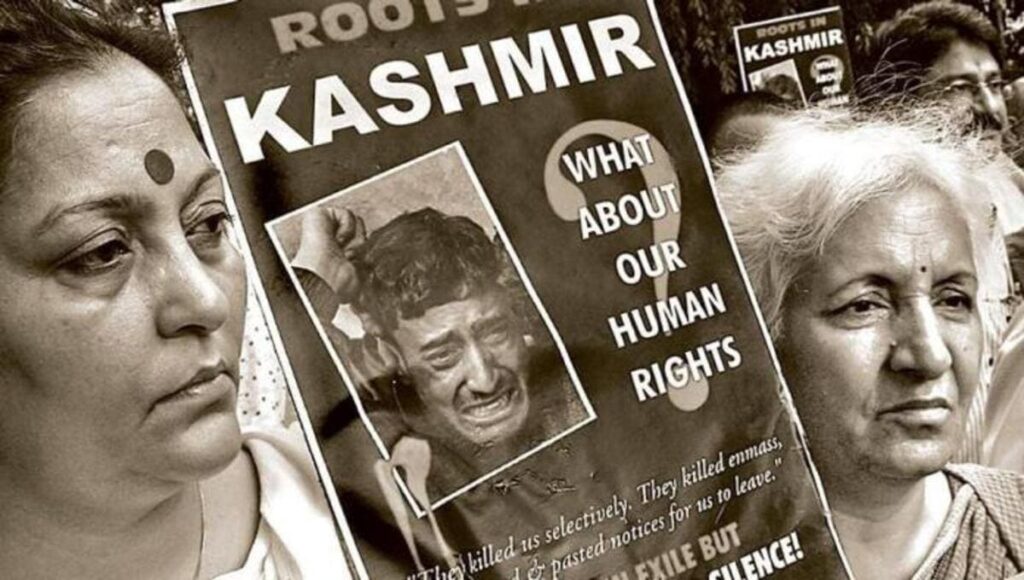 Farooq Abdullah seems to have created a controversy. In what seems to be a justificiation for the target killings of innocent Kashmiri Hindus, former Jammu and Kashmir Chief Minister Farooq Abdullah attributed them to “Insaaf”. Moreover, he has also suggested that India talks with Pakistan to stop these attacks.

“It (targeted killings) will never stop till the time justice is not done. They used to say it is happening due to article 370, now 370 is not there. Why killings are taking place? Who is responsible for this?,” he said. Abdullah was replying to a question of reporters regarding killings.

“Are things better now. Then, why are killings not ending?,”  he added. Abdullah once again advocated talks with Pakistan, if the centre wants to stop the killings. “The centre should talk to Pakistan. Just the way it is holding talks with China to resolve border issue in Ladakh,” added the Srinagar MP.

He says what he believes: Vivek Agnihotri

However, Abdullah’s comment did not go down well with many. Filmmaker Vivek Ranjan Agnihotri posted on Twitter, “Farooq Abdullah says in Kashmir, killings will never stop. He says what he believes. He knows best because he is the architect of terrorism in Kashmir.”

In the latest attack targeting the community in the Valley, suspected militants on Saturday gunned down a 48-year-old man who owned an orchard in J&K’s Shopian district.

The two countries have sour relations over the Kashmir issue and cross-border terrorism emanating from Pakistan. The latest issue to hit the ties between the two countries was the Centre abrogating Article 370 of the Constitution. Another was revoking the special status to Jammu and Kashmir. And, bifurcating the state into two Union territories on August 5, 2019.