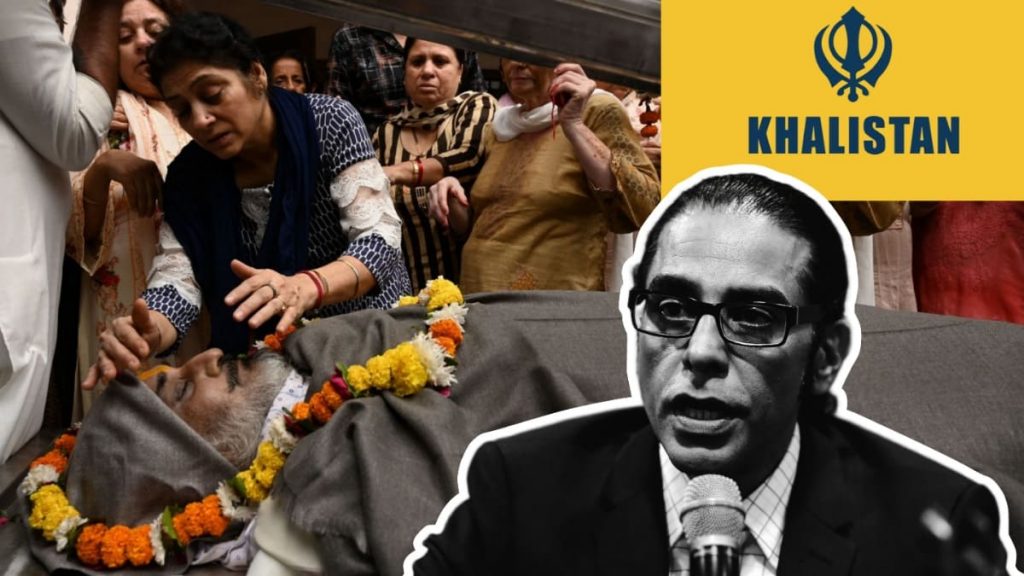 Sandeep Singh had allegedly shot the Hindu leader more than five times in broad daylight in the presence of the local police and his own security during a protest in Amritsar on November 4.

Pannu has released a hateful video message on social media. In the video, he is saying, “A Hindu extremist Sudhir Suri has been seeking genocide of Sikhs. And, the police has accused a Sikh named Sandeep Singh as his killer. Killing a political person is not terrorism. Therefore, Sandeep Singh did not indulge in a terror attack. He has not done a bomb blast at Amritsar bus stand. He just fired five shots and all bullets hit Sudhir Suri, who demanded genocide of Sikhs.”

Announcing Rs 10 lakh legal aid for the murderer, he added, “….the Hindu extremist community has come together. Moreover, the Indian media is siding with them equating Khalistan to terrorism. Khalistan is possible with weapons as well as votes. Sikhs For Justice is standing with Bhai Sandeep Singh. Sikhs For Justice will provide legal support to Sandeep Singh. There have been talks in Punjab asking the community to rise. Today, when Bhai Sandeep Singh rose, no one of political views or religious views came forward to stand with him. We will provide Rs 10 lakh for legal support. We will stand with Bhai Sandeep Singh. Sikhs for Justice will stand with every Sikh who rises for Khalistan, who rises to separate Punjab from India and fight with the merciless government.”

SFJ is a banned organisation

SFJ, a designated terror group, was founded in 2007 to create ‘Khalistan’, a separate country for Sikhs. It considers Sikhs as different from Hindus. The Ministry of Home Affairs had banned the SFJ under the provisions of the Unlawful Activities (Prevention) Act in 2019.

Later, Pannu was also designated as a terrorist.

Meanwhile, Sikhs in India are slamming Pannu and saying they do not want a separate land. An interesting video is being widely shared wherein a Sikh is seen hitting Pannu’s picture with a slipper while holding him responsible for law and order disturbance in Punjab.

Another pro-Khalistan Pakistani Gopal Singh Chawla in a video released earlier showered praises on the killer. He also named Hindu leaders Amit Arora and Nishant Singh along with Kisan Congress leader Mand as the next targets.

Following which, the local police had restricted Hindu leaders’ movement and suggested them to stay at home. Security has been increased around the residences of Hindu leaders.