This is an insult to Sanatan tradition and the society will not accept it: MP CM 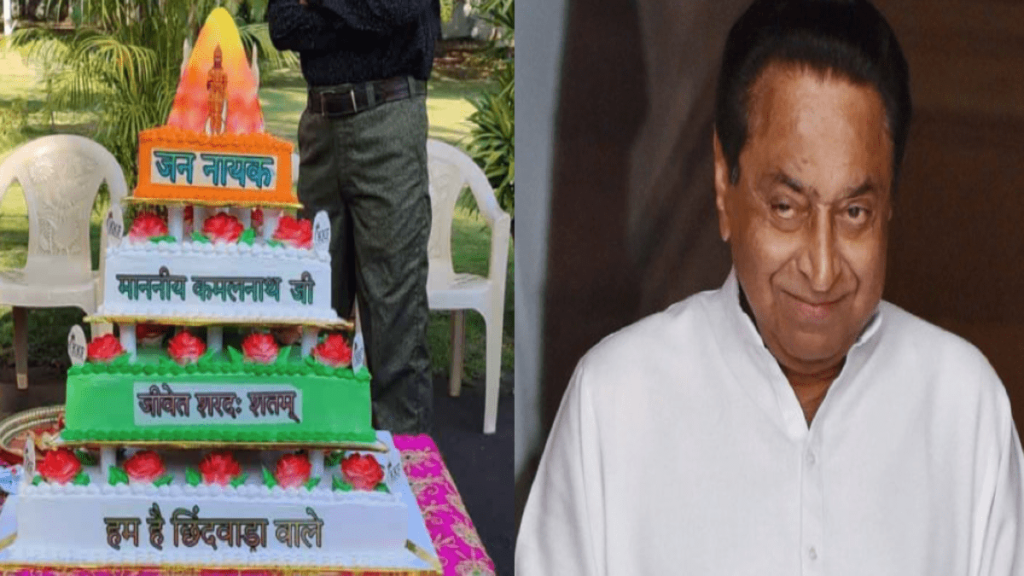 Madhya Pradesh Congress President and ex-Chief Minister Kamal Nath has created a political controversy. He cut a four-tier temple shaped-cake which had a saffron flag and lord Hanuman’s image on the top.

The congress veteran turned 76 on Thursday, but his supporters and party workers celebrated his birthday in advance at his house in his assembly constituency Chhindwara district on Tuesday.

The BJP accused him of insulting Hindu sentiments, but the Congress said the cake was brought by his supporters from Chhindwara and the cake was in the shape of the 121-feet Hanuman Mandir that Kamal Nath built in Chhindwara before he became the chief minister.

Attacking the congress, MP CM Shivraj Singh Chouhan, said, “Congressmen have nothing to do with devotion to God and he (Kamal Nath) and his party are Bagula Bhagat (false devotees). This party once used to oppose the Shri Ram temple. You are making Hanuman on a cake and then cutting the cake as well. This is an insult to Sanatan tradition and this society will not accept it.”

A few days ago another controversy related to Nath has surfaced when a hymn singer (ragi) Manpreet Singh Kanpuri had lashed out at the organisers of a Guru Nanak Jayanti event in Indore’s Khalsa College over an invite to Kamal Nath and honouring him. He raised the issue of the 1984 anti-Sikh riots and said will not to return to Indore again.