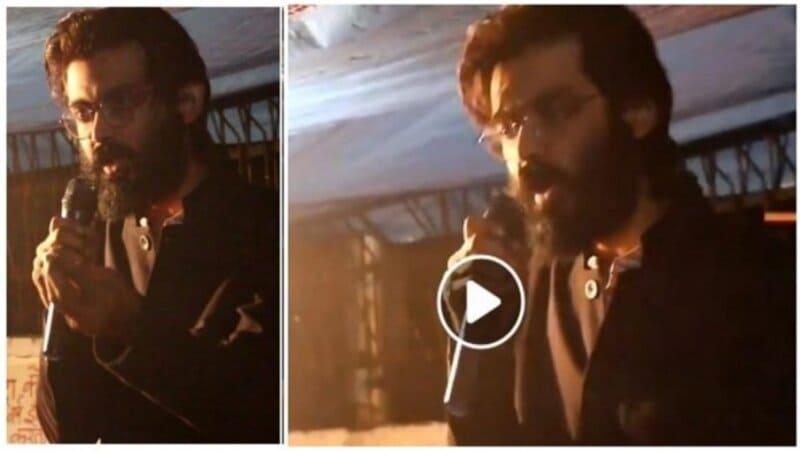 Additional Sessions Judge dismisses Sharjeel’s bail plea stating that his “speech tends to have a debilitating effect upon public tranquillity, peace and harmony of the society.”

Additional Sessions Judge Anuj Kumar dismissed the bail application of Sharjeel Imam in the Delhi’s Saket court. Sharjeel was arrested on January 28, 2020. He has been accused of instigating Muslims against the present Modi government by creating false impressions amongst them regarding NRC and CAA.

The former JNU student became notorious overnight when video clips showing Sharjeel Imam went viral on social media. The clips have been alleged to be a part of a speech delivered by Sharjeel on December 12, 2019.

It is alleged that the speech was delivered at Shaleen Bagh, the infamous site in New Delhi that became a cause of inconvenience to thousands of citizens of the capital. The protests orchestrated at Shaheen Bagh culminated in anti-Hindu riots in the national capital. The riots resulted in more than fifty deaths in New Delhi.

In the alleged video, Sharjeel Imam could be seen instigating the audience to directly undermine the sovereignty of India. Some excerpts of the speech delivered in Hindi are-

Assam aur India katkar alag ho jaayen, tabhi ye hamaari baat sunenge (If Assam and India are forcibly detached, only then will they listen to us)

paanch lakh log organised hon to hum north-east aur Hindustan ko permanently kaat sakte hain. Udhar jaana ho to air-force se jaayen. (If five lakh people are organised, we can permanently separate North-Eastern states from Hindustan. Then, if they have to go to north-east, they will have to use Air Force)

Agar hamen Assam ki madad karni hai to hamen Assam ka rasta band karna hoga fauj ke liye aur jo bhi jitna bhi supply ja raha hai band karo use. bandkar sakte hain ham use, kyonki chicken-neck jo ilaka hai, vah muslim bahul ilaka hai. (If we have to help Assam, we should cut-off the access for the army. Whoever is sending supplies should be cut-off from Assam. We can do it because the region called Chicken-neck is a Mohammedan majority area)

Referring to speech of Sharjeel Imam, the judge said, “Considering the contents of speech which tend to have a debilitating effect on the communal peace and harmony, I am not inclined to grant bail to the applicant/accused Sharjeel Imam at this stage. The accused cannot claim any parity with co-accused as his role is entirely different from other co-accused. Accordingly, the instant application moved on behalf of accused Sharjeel Imam for grant of regular bail stands dismissed,”

Sharjeel Imam is currently facing numerous cases under different sections of the IPC. Cases have been filed in Assam, Uttar Pradesh, Manipur, Delhi and Arunanchal Pradesh.