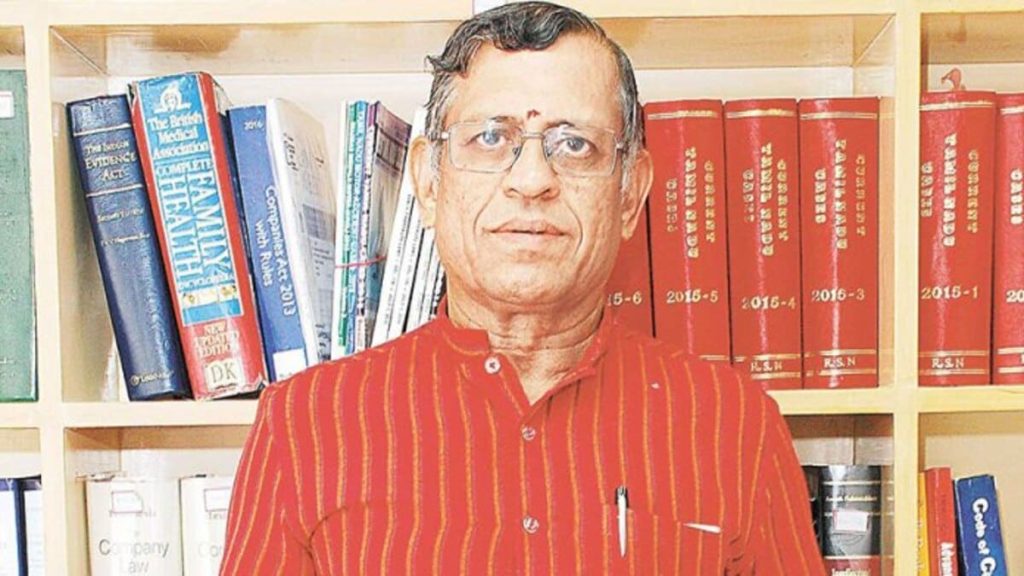 Mumbai: Swaminathan Gurumurthy, chartered accountant turned journalist, reiterated that India is a civilisational democracy. He said on Friday that liberal democracies in the world will be doomed if Bharat does not stand with them.

“There are caste-based parties, there are religion-based parties, and there are language-based parties. These all are completely anti-liberalism. But we recognise all of them. We have a functioning democracy. We are able to stick together, work together and grow together. It’s not a joke,” he said.

“The greatest unifier of India was Adi Shankara. Do we understand all this? This cannot happen by the army or state power. It’s an evolution. That’s why every time when the West thought India would collapse, it never obliged them. It has shaken the west,” he said.

Gurumurthy also credited India’s civilization for its current global position and growing economy. “The West is approaching India because they are sure that India will not be an immoral country and it is because of our civilisation …,” he said. Gurumurthy also said that the West wants to invest in India not because it’s cheaper to make products here but because it is safe.

“The entire idea of cheaper supply chains has been finished, from cheap sources to safe sources is the new shift in the world. So that is why the economy is also changing as safety goes long term when compared to cheapness.”

“If India is being approached by the West, it is only in its own interest. They need to strengthen and develop India in every sense of the term otherwise the West itself won’t be secure. Do you think they would have tolerated our position on Russia-Ukraine? Permutation and combinations have changed,” he added.