Naor Gilon had ripped through the insensitive comments of Nadav Lapid, a little known Israeli film maker. Nadav had been invited to the IFFI 2022 at Goa by government of India. 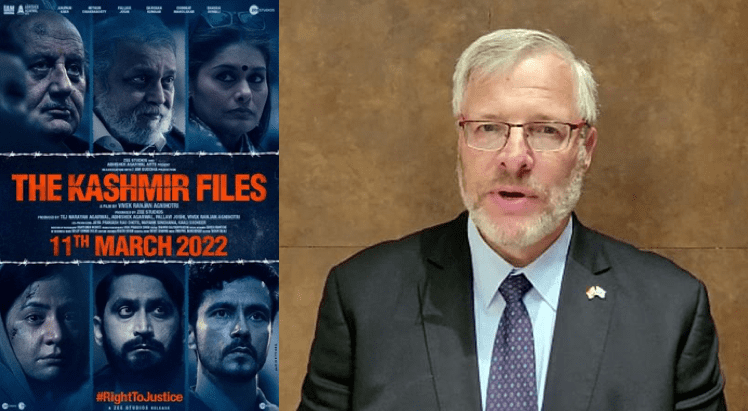 New Delhi: IFFI controversy turned dreary on Saturday after Israeli Ambassador to India Naor Gilon received an anti-semitic message. Gilon received it after tendering an apology over the insensitive comments on ‘The Kashmir Files’ film by an Israeli filmmaker Nadav Lapid.

Naor shared the screenshot of the message on Twitter that read: “Just wanted to share one of a few DMs I got in this direction. According to his profile, the guy has a PhD. Even though he doesn’t deserve my protection, I decided to delete his identifying information,” he tweeted. In another tweet he said, “I’m touched by your support. The mentioned DM is in no way reflective of the friendship we enjoy in India, including on social media. Just wanted this to be a reminder that anti-Semitism sentiments exist, we need to oppose it jointly and maintain a civilized level of discussion.”

TKF based on truth

Israeli film director Nadav Lapid had stirred a massive controversy at the recent International Film Festival of India (IFFI). He had called The Kashmir Files movie “vulgar and propaganda”. US-India Strategic Impact Advisor Priya Samant, also reacted to the controversy. Priya had taken the film to the UN. She said she was shocked to see someone coining a film like TKF vulgar. “If depicting the truth in the truest sense is ‘VULGAR’, I do not know what is termed as decency,” she said.

Priya said anyone calling TKF fake is very unfortunate because heavy research has gone into making it. The producers had made TKF after interviewing Kashmiri Hindu community that has suffered inhuman acts of violence.

Vivek Agnihotri, in a video message, had expressed his disappointment. He said that an entrenched eco system is trying to malign TKF. The sad part is that it happened at an event organised by Indian government. gave prominence to a terrorist’s narrative. He said it wasn’t new for him, because Urban Naxals, members of the Tukde Tukde Gang, and terrorists have been saying this for a long time. Agnihotri also challenged the Israeli filmmaker by saying that he will stop directing films if he proves a single scene, or a dialogue of his film fake.

Vivek Agnihotri has written and directed The Kashmir Files. TKF revolves around the genocide of Kashmiri Hindus by Islamic terrorists in the early 1990s. Organisers had screened it at the festival on 22 November under the Indian Panorama section at IFFI.