Hinduphobia in US: community protests

A unit of Democratic Party in New Jersey had passed a resolution labelling numerous Hindu organisations as "hate groups". Alarmed Hindus point out the mischief of the resolution. 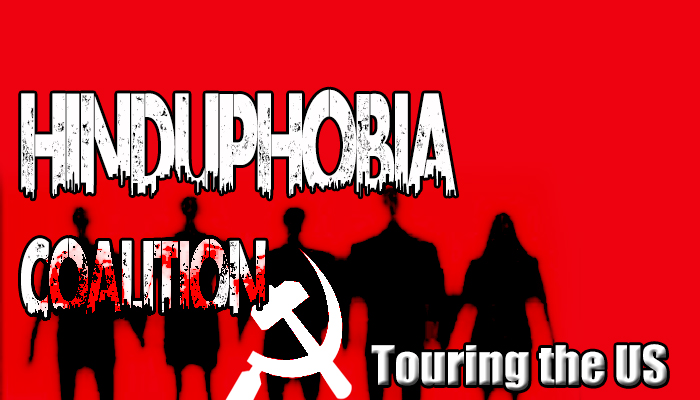 Hinduphobia appears to be a global phenomenon. Latest to join this dubious activity is a unit of Democratic Party in New Jersey. The Teaneck Democratic Municipal Committee has passed a resolution targeting numerous Hindu groups.

The resolution urges the US administration to label several America based Hindu organisations like Hindu American Foundation, Vishva Hindu Parishad of America and SEWA international. As per resolution, these organisations are domestic branches of “foreign hate groups”.

“Hindu nationalist organizations have infiltrated all levels of politics and were highly effective in blocking U.S. House Resolution 417 which was a congressional attempt to warn against the Hindu nationalist movement,” TDMC said, as per the press release.

Hindu organisations have decided to fight back the insidious campaign. The New Jersey Democratic State Committee (NJDSC) has now issued a statement condemning the mischievous resolution. The TDMC is designating various Hindu organisations as “severe hate groups” and “offshoots” of the Rashtriya Swayamsevak Sangh (RSS).

NJDSC, has issued a press release, which is available on PR Newswire. It says,”A foundational goal of the Democratic Party is to bring people together, not to divide them. But, the anti-Hindu Teaneck Democratic Committee resolution does not accomplish this important goal. We stand with those who value inclusivity and diversity, and against hate and bigotry in any form.”

The statement further said the TDMC resolution at issue, passed on September 12, 2022, falsely labelled five major Hindu American organizations as “Hindu Nationalist” with “direct or indirect ties” to an India-based organization simply on the basis that all are Hindu-faith based organizations. Whereas, all organizations mentioned are independent 501(c)(3) organizations. All of them have their own board and/or management team that governs them. None of the organizations are financially or legally controlled, managed, supervised, or directed by any other organization, domestically or abroad.

As per the statement, United States Congressman Josh Gottheimer has also condemned the resolution. Josh has said,”I’m deeply disappointed by the anti-Hindu resolution in Teaneck. Jersey Values are about bringing people together and celebrating diversity, and decrying extremism where we see it.” The Mayor of Teaneck also issued a statement strongly condemning the resolution saying, “Teaneck now and will always denounce any words or actions which serve to divide us. Or inaccurately label groups in a derogatory manner as the Teaneck Democratic Municipal Committee has done.”

It further said given the history of bigotry and hatred exhibited by the TDMC against various communities in the past, the Hindu American community is calling for the revocation of the TDMC charter by the Bergen County Democratic Committee and a disbandment of the organization.

“TDMC is using this platform to spread hate and division in a community. A community in which people have coexisted and thrived. TDMC should not be allowed to continue to sow hatred and division in the community. As the community prepares to celebrate October as Hindu Heritage Month, we hope that responsible leaders in the Democratic Party will take action to revoke the charter for this bigoted committee,” said Tejal Shah, a resident of Bergen County and the Overall Coordinator for the Hindu Mandhir Executives’ Conference (HMEC), a coalition of over 1100 Hindu temples across the United States.

Meanwhile, the NJDSC has claimed the anti-Hindu resolution was passed and approved by the TDMC, the press statement for the action was released by the Indian American Muslim Council (IAMC).