Shockingly there is no hue and cry over a sacrilege incident that happened in a temple in Morinda. Even the news of the disturbing incident has not been reflected adequately in the media. 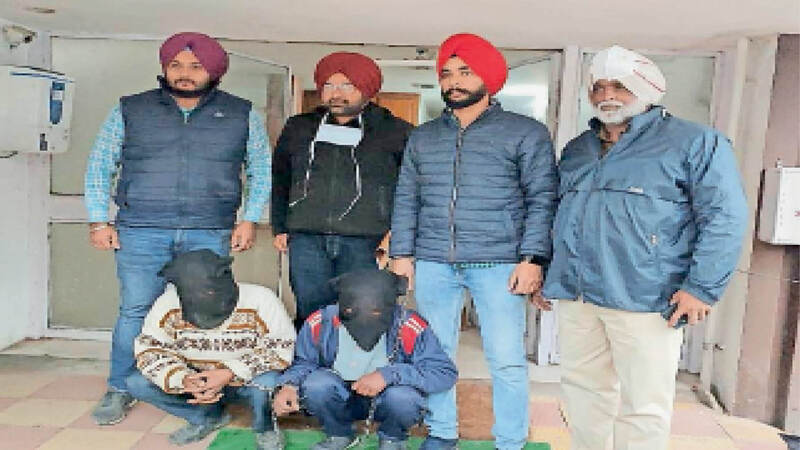 In a disturbing incident, two men have demolished an idol of Bhairav (Bhairo Baba), a Hindu deity in Punjab. According to reports, the Ropar police claims to have arrested two men for allegedly committing a theft and then demolishing the idol. The miscreants left the idol of the revered deity outside the Kali Devi temple. The crime took place in Morinda on January 30.

The accused Bahadur Singh and Surmukh Singh have been sent to police custody for two days. The police has claimed that the criminals are habitual drunkards. According to police, Bahadur Singh has confessed his crime of desecration.

They had earlier stolen an iron gate and plastic tank. After this Bahadur Singh broke the idol. Subsequently, he removed clothes of the deity and hung them outside a councillor’s house. According to reports, the accused wanted the councillor to pick up a fight with priest of the temple.

As per reports, the accused knew that the temple priest was not on good terms with son of the local Councillor. Also, Bahadur had a verbal duel with the priest of the temple about six months ago.

Three incidents of alleged sacrilege were reported in Punjab in one week in December. But, in two of these cases, unruly mobs had lynched the suspects.

A mob had lynched a person, merely by accusing him of committing sacrilege of Sikh symbols. The gruesome incident took place in the presence of Punjab policemen. Mob alleged that the victim had disrespected Nishan Sahib, the religious flag of the Sikhs, at a Kapurthala gurdwara.
The police had denied any sacrilege after its initial investigations. Cops said there was no visible sign of sacrilege. Police found everything intact in the room where the Bir, the physical copy of Sri Guru Granth Sahib was placed. Despite that, Sikh youths lynched the young man to death having confined him to a room. Police has arrested the Granthi of Gurudwara as prime accused.

In the second shocking incident, a mob lynched a man within Golden temple Gurudwara. The victim had jumped the grills inside the sanctum sanctorum of the Golden Temple in Amritsar where a Sikh priest was reciting the hymns of the Sri Guru Granth Sahib.

Unlike these gruesome incidents, Hindus of the area are showing remarkable restraint. There are no unruly mobs baying for blood of the culprits. There is no break down of law and order despite a genuine case of sacrilege.

Perhaps that is the reason that the news has not hit headlines. Main stream media has given it a miss. Conveniently, no politician has come forward to condemn the gruesome incident.