The CM of Assam advised Muslim women to be sensible. He was responding to shameful and controversial comments of politician Ajmal Badruddin 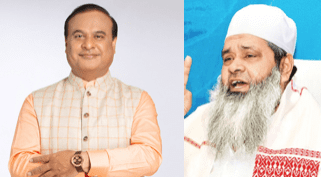 “I want to tell my Muslim sisters that don’t listen to Badruddin Ajmal and do not give birth to more than two children. Muslim women are not a factory for childbirth. Badruddin is making certain statements just to appease a certain section of the society for vote bank politics,” he told reporters.

CM Sarma was responding to AIUDF supremo Ajmal’s shameful comments on Hindus. Ajmal had asked Hindus to emulate Muslim women. Specifically, the practice among Muslims to marry off girls at the age of 18-20 and have many children.

In the words of Badruddin–“They (Hindus) keep 1,2,3 illegal wives till the age of 40. They don’t have babies. They save expenses on that and have fun. After turning 40, they get married after being pressured by their parents. How can you have babies after the age of 40? When you pour medicine on fertile land, then you will get rice.” He even went on to suggest that– “They should also adopt the formula of Muslim women. Get your children married at the age of 20-22. Marry your daughters beween the age of 18-20. Then see how many children are born.”

CM Himant Sarma said, if a woman gives birth to many children, it will affect her physically. Moreover, it will adversely affect the society. Resulting population explosion will also destroy Assam. On the other hand, people, specially Hindus of Assam want a population control bill. They are demanding such a law to check the menace of unbridled population growth.