They also touched victim's genitals and forced him to eat certain chemicals and powders: FIR 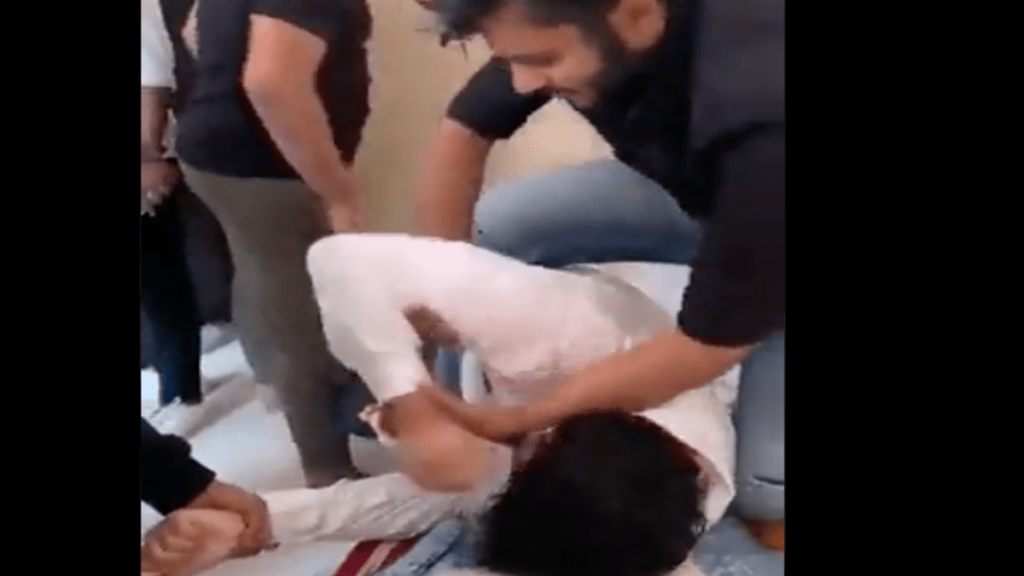 In a horrifying incident, a group of Muslims attacked Hindu student in Hyderabad. As per reports, the goons had beaten and stripped the boy. After that they allegedly forced him to chant ‘Allah Hu Akbar’. It is an Islamic supremacist slogan which means ‘Allah is greater’. The gruesome incident took place in a Hyderabad law college hostel room.

The incident came to light when someone posted a video showing the entire incident. In the video, a group of Muslims is bullying the student Himank Bansal. Himank is a student of IBS law college Hyderabad. The attackers are forcibly assaulting Himank and were forcing him to chant the Islamic supremacist cry ‘Allah hu Akbar’. Video shows them brutally slapping and kicking a besieged Himank.

In the FIR filed against the students, Bansal said the incident happened on November 11 in the Boys Hostel at IBS College in Ranga Reddy district in Telangana. Himank has stated that besides brutally beating him, the attackers also sexually assaulted him. The group of 15-20 boys had barged into his hostel room on Friday evening and made him strip. They tore his clothes, kicked and punched him.

The assailants punched and slapped him in the face and also kicked in his abdomen. They also touched his genitals and forced him to eat certain chemicals and powders. Reva, third-year BBA Student, IBS Hyderabad, even attempted to put his genitals into his mouth, the victim said in the FIR.

“Beat him till he dies” with these slogan they kept beating him continuously. After the video went viral, the accused threatened him of dire consequences, added the FIR. One person was saying ‘let us beat him into a coma’.

People have expressed their anger over the incident. “A Hindu student, Himank Bansal, was physically assaulted & beaten brutally by Muslim students. He was also forced to chant Allahu Akbar in #Hyderabad Imagine the outrage if it was other way round. #HindusUnderAttack,” tweeted Jack.

Hindu human rights activist Rashmi Sawant, said, “Irrespective of how hard the lobby is trying to spin this as regular senior -junior banter, it is not. Himank Bansal is being forced to chant “Allah Hu Akbar” and is being assaulted for his ideology. His freedom to religion is being violated in a masquerading secular nation.”

Questioning the silence of certain political leaders and media, Andhra Pradesh BJP’s General Secretary, Vishnu Vardhan Reddy, tweeted, “Himank Bansal studying in IFHE Hyderabad assaulted and forced to chant “Allah Hu akbar” in campus by senior students of another religion. IFHE comes under Hyderabad parliamentary constituency of @asadowaisi, but not a single word by him yet! Also no media reporting this matter.”