Rishi Sunak had admitted in an interview that political correctness came in the way of arresting grooming gangs. Pakistani Muslim men have been found guilty in overwhelming cases of exploiting young girls. 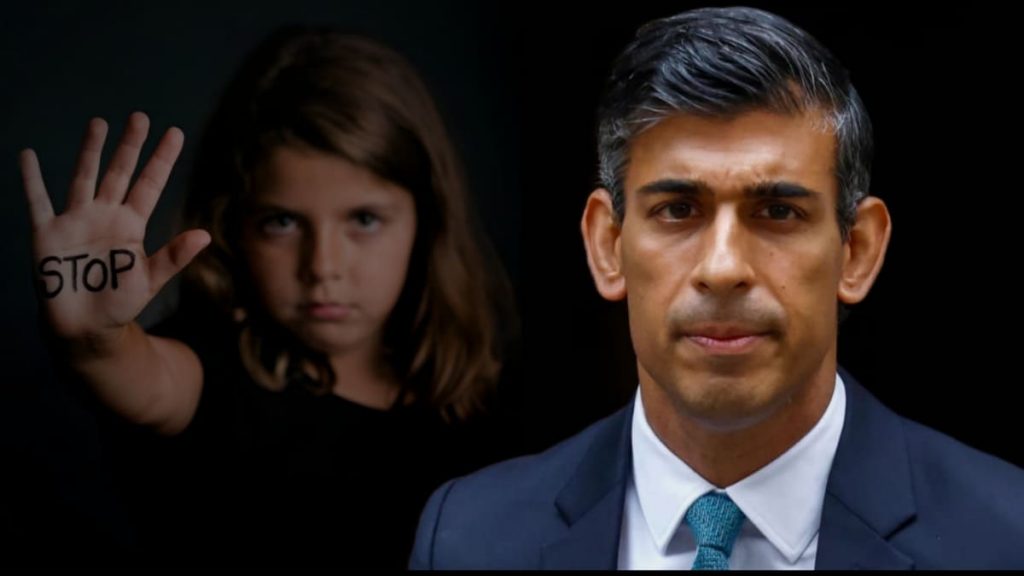 Girls and women who are victims of notorious grooming gangs are anxious. The question on their minds is “Will Sunak fulfil his promise of decimating Grooming gangs”?

Victims are expecting a new task force at the National Crime Agency. In order to tackle the huge issue of grooming gangs. Because, that is what newly-elected UK Prime Minister Rishi Sunak had promised.

Sunak had made the promise during one of his interviews in August this year.

After Sunak became the PM, internet users have been posting his old vidoes. In one such video, he had said that “political correctness” came in the way of tackling the grooming gangs.

He had made the statement in an interview with GB News in August. At that time, he was campaigning for the post of PM. He had spelled out how he would tackle grooming gangs in the UK, if elected the PM.

“I have two young girls who are nine and eleven. I think for too long, we just haven’t focused on this issue. It’s a horrific crime. A horrific crime affecting not just girls in a few places, it’s far more pervasive across the country than we all realise,” he had said in the interview, drawing attention towards how serious the issue is.

The youngest UK PM in two centuries blamed political correctness for not going after grooming gangs. “We all know the reason that people don’t focus on it is because of political correctness. They are scared of calling out the fact that there is a particular group of people who are perpetuating these crimes. I think that’s wrong, and I want to change it,” he said further.

He said, if elected, he will form a new task force at the National Crime Agency that would focus on the problem of grooming gangs. He vowed a Conservative government should not be letting political correctness stand in the way of keeping people safe.

“We will have a requirement for police forces everywhere to prioritise this. I want to make sure that all police forces record the ethnicity of those involved, which currently is not done because people don’t want to do that. I want to create a brand new life sentence for those involved in grooming, with very limited options for parole,” he added.

The convicts are Adil Khan (51) and Qari Abdul Rauf (53). The court found them guilty for a series of sexual offences against young girls. Case dates back to 2012.

Judges had said Khan had shown a “breathtaking lack of remorse” about his part in the nine-member grooming gang. The cops believe the gang abused as many as 47 vulnerable girls in Rochdale between 2008 and 2010.

Earlier in 2018, law enforcement agencies had busted a grooming gang in Huddersfield also. Twenty men were convicted of being part of the grooming gang. The members of gag raped and abused girls in Huddersfield. There were 120 offences against 15 girls.

The criminals gave drinks and drugs to the unsuspecting girls. And then “used and abused at will” in a seven-year “campaign of rape and abuse” between 2004 and 2011. 18 out of 20 are Pakistani Muslim men.