Russian president Vladimir Putin was all praise for Modi and his policies at a session with a Russian think tank. He said Modi does what is best of his nation and his people. 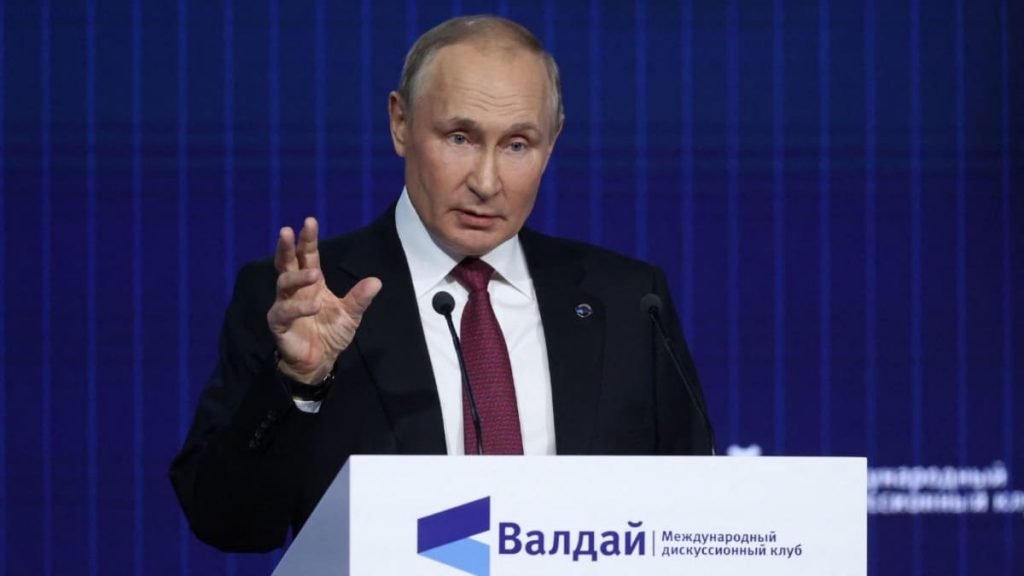 Calling Prime Minister Narendra Modi a true patriot of his country, Russian President Vladimir Putin has praised him for pursuing an independent foreign policy despite “attempts to stop him.”

He said so during a plenary session of the Valdai International Discussion Club, a Moscow-based think-tank. Putin further said India’s role in global affairs will grow in the days ahead as the “future belongs to India. He also appreciated the centre government’s ‘Make in India’ initiative.

“We have special ties with India that are built on the foundation of really close allied relations for decades. We never had any difficult issues with India, we have always supported each other and I am positive that’s how it will remain in the future as well. PM Modi is one of those people in the world who is able to pursue an independent foreign policy in the interest of his country, and his people despite any attempts to stop him,” said the Russian president.

He was replying to a question on the role he foresees for India in a “post-hegemonic world”.

Showering praises on India, Putin added: “India has made tremendous progress in its development from being a British colony to a modern state. Almost one-and-a-half billion people, tangible results that give everyone respect and admiration for India. A lot has been done in the past years under the leadership of Modi. Naturally he is a patriot of his country. And his idea of Make in India, it matters. The future belongs to India. It can be proud of the fact that it is the largest democracy in the world and also be proud of its development momentum.”

He further talked of agreeing to Modi’s request on increasing the supply of fertiliser to India. “Prime Minister Modi asked me to increase fertiliser supplies which is crucial for Indian agriculture and we have done that. The supplies have been increased 7.6 times,” he said.