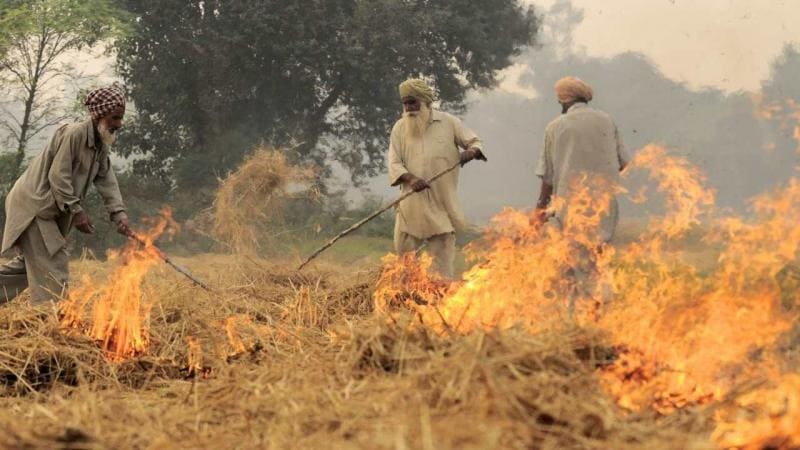 Punjab government has failed once again. Those involved in stubble burning in Punjab have nothing to fear. As a result, the farm fire cases have become the second highest in five years.

It is pertinent to mention that the farm fires have contributed immensely to the air pollution in Delhi.

The situation has reached alarming proportions. Delhi chief minister Arvind Kejriwal announced that schools in the national capital will remain closed due to pollution. The shut down is for one week.

All construction activities have been stopped from November 14 to 17. The government staff has been asked to work from home and private offices have been advised to do the same. The situation is so bad that the Delhi government is also considering a lockdown. All due to alarming level of air pollution.

The administration took decision after Delhi’s air quality remained in the ‘severe’ category on Saturday. It remained ‘severe’ for third consecutive day. The Air Quality Index (AQI) stood at 437 on Saturday. The city saw its worst AQI so far on November 12 when it stood at 471.

As per the experts, the farm fires generally remain on the higher side in November and subside before the weather gets cold.

But this year, it was a late monsoon. Subsequently, the stubble is also burning with a delay. The rising farm fires are now coinciding with a dip in the temperatures.

As per reports, the agrarian state saw total 62,863 farm fire cases this year. This is the the second highest in the past five years. November sees highest number of cases, about 80% of the total cases.

The rising graph shows how badly the state government failed in implementing the relevent laws to stop stubble burning.

Experts believe that in view of the ongoing farmers’ protest and forthcoming assembly polls, the state government is soft. In other words, it will not take action against those involved in burning of stubble.

On the other hand, the Congress government headed by Chief Minister Charanjit Singh Channi is busy issuing orders of giving Rs 2 lakh each to 83 farm protesters arrested during the violence on Republic Day in Delhi.