Deputy CM Devendra Fadnavis stressed in Maharashtra Assembly the need to enact a law against love jihad in light of Shraddha Walkar's murder. He had promised such a law to Shraddha's father Vikas Walkar. 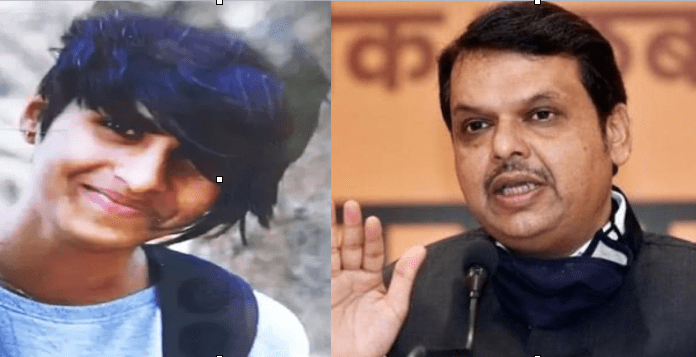 Mumbai: It seems that Fadnavis is going to fulfil his promise he made to Vikas Walkar, father of Shraddha Walkar. Maharashtra Deputy Chief Minister Devendra Fadnavis on Tueday hinted that the AntiLove Jihad Act. It has been the subject of much discussion after the Shraddha Walker murder case. As per Deputy CM, Maharashtra state will also be implementing such a law. “There is a need for an anti love jihad law in Maharashtra and we will also try to enact such a law in the state on the lines of laws made by other states,” he said while speaking on Shraddha murder case in the Assembly.

Fadnavis was replying to questions raised by MLA Atul Bhatkhalkar. Maharashtra Deputy CM said that the BJP-Sena government is studying relevant laws in other states. “The government has a clear stand that no one should be able to cheat women in any way as part of a conspiracy,” he said.

For the past few days, demand for Love Jihad Act has been gaining momentum in Maharashtra. Most notably, traumatised father of Shraddha Walkar had met Fadnavis to enact such a law. Shraddha Walkar’s live-in partner Aftab Amin Poonawallah had killed Shraddha by strangulating her and then cutting her into 35 pieces and storing the body parts in a fridge at his rented room in Delhi. Vikas Walkar suspected it to be a case of love jihad.

Raising the issue in the Assembly, Bhatkhalkar asked Maharashtra government whether it was planning to make a law against love jihad and was there any political pressure on the police which failed to take appropriate action. “Many incidents like Shraddha murder case are coming to light from the state. So, is the state government thinking of making a law against love jihad?” he asked.

“Also, Shraddha filed a police complaint in 2020. But later she withdrew it. Basically, her father has publicly stated that there was pressure on the police at that time. Aftab’s family members also put pressure on her. Hence this application was withdrawn. Also, was there any political pressure on police to not take action?” Bhatkhalkar asked.

In reply, Fadnavis said that no pressure from any political or outsider was found in this case, but why did she withdraw the complaint, the government is investigating. He said: “Also, a month passed between her filing the complaint and taking it back. She filed a complaint on the 23rd and withdrew the complaint on 19th of the following month. What action did the police take in the meantime?”

“If an investigation had been done then, this incident could have been avoided. But why did they not investigate the matter even after ordering the investigation?” Fadnavis said. When a woman complains, the police should take immediate action. “At least you should call her and listen to her”, he said.