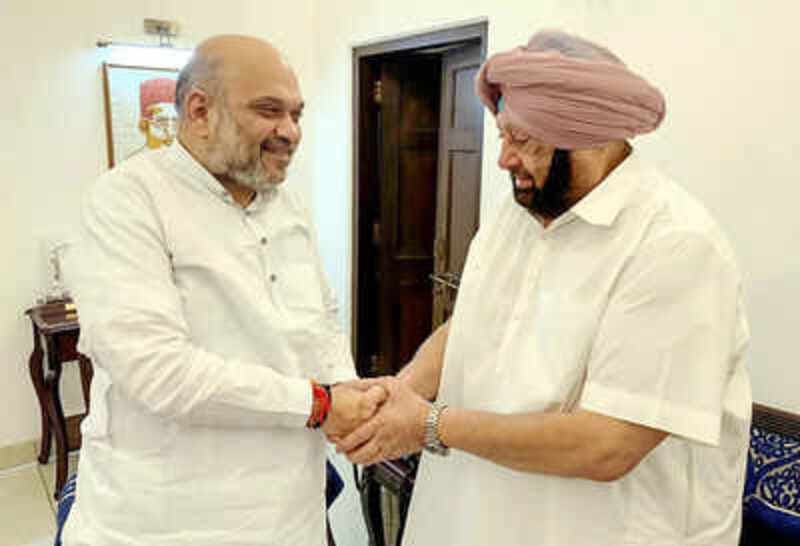 Loss of Captain Amarinder Singh has seriously dented the prospects of Congress party in the forthcoming state elections. Rattled by Amarinder’s announcement to float a new party before the elections, INC is playing the role of a jilted lover. To rub salt to the wounds, Amarinder Singh has hinted at a truck with BJP with some conditions.

AICC general secretary and Punjab incharge Harish Rawat tried to portray him as non-secular politician. Taking a dig at Amarinder’s statement regardingBJP he said, “His statement is really shocking. It seems he has killed the ‘secular Amarinder’ within him.”

In a bid to portray INC a pro-farmers party, Rawat further said, “Who can forgive BJP that has kept farmers at the borders for 10 months? Can Punjab forgive them for the manner in which farmers’ agitation has been dealt with? His statement is really shocking”.

On the other hand, BJP has welcomed Amarinder’s decision by calling him ‘patriotic’. BJP party incharge for Punjab, Dushyant Gautam stated, “Our doors are open for an alliance, though only our parliamentary board can take the decision”. He further added that BJP is always ready to work with organisations having a nationalistic thinking and outfits having concern regarding security of the country.

Clarifying on the query regarding the three farm laws, Gautam told PTI, “He talked about farmers’ issues. We are committed to it and are working for the welfare of farmers. When the time comes, both will sit together and discuss farmers’ issues”. He added that Amarinder did not talk about ending the ongoing agitation against three farm laws.

If political analysts are to be believed, Amarinder has a very strong hold on more than half of the constituencies. A truck with BJP and strategic choice of candidates will bring Captain once again as the CM of sensitive border state.