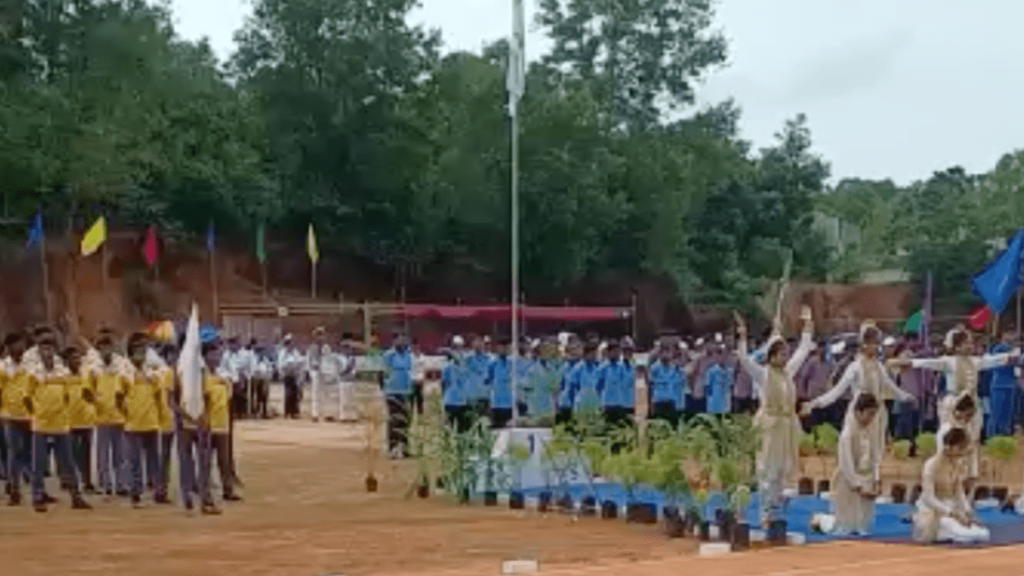 Udupi: Apparently Mother Teresa Memorial school has not learning from its past mistakes. The Jesuit school in the city came under fire for hurting religious sensibilities. This time for allegedly playing Azan on the loudspeaker and making non Muslim students offer namaz at a cultural event.

Earlier also the Mother Teresa Memorial school had landed into trouble. At that time, it had restricted Hindu students from wearing Bindi on the forehead, bangles and anklets. This action violates the provisions of the Karnataka Education Act.

A video, which has gone viral on social media, purportedly depicts Hindu students allegedly asked to offer namaz. Azan is playing in the background.

After the video went viral, several Hindu organisations staged protests in front of the school. They voiced their opposition against school authorities forcing students Hindu students to offer namaz.

Anticipating a problem, the school authorities immediately tendered an apology by saying that it was a mistake to play azan.

In another purported video, a school teacher is giving a clarification. As per clarification, they played the Islamic prayers with an objective of portraying harmony and equality in the society. But it was a mistake to play azan in the background.

Reacting to the teacher’s submission, the Hindu activists argued that the national anthem and the national song cannot be replaced with Islamic prayers to show harmony and equality.

“The school, in the past, had restricted Hindu students from wearing Bindi on the forehead, bangles and anklets, which was against the Karnataka Education Act,” he said.

Gowda said he would lodge a complaint with the National Child Rights Commission and the state education department.