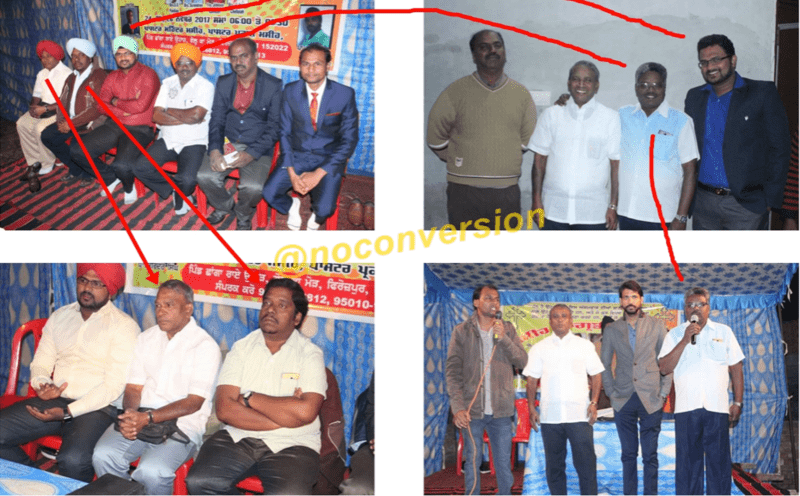 A saffron-clad foreign missionary, travelling by public transport, would normally evoke curiosity. And in all likelihood he would be mistaken for a proponent of Hindu ethos. Not so in Punjab. Hordes of Christian missionaries donning Hindu saints’ attire can be spotted in the interiors of Punjab. They can be seen trying to beguile the impressionable minds among backward classes, both Sikhs and Hindus, with material allurements, in cash or kind.

A Jat Sikh senior journalist’s brother, who had been hunting for a job, converted to Christianity last December. He has been receiving Rs 80,000 per month, since then.

There is no gainsaying the fact that  Christian missionaries are making deep inroads in Punjab. Particularly in areas adjacent to the Indo-Pak border. Significantly, they have been evading the media attention. They are carrying out their conversion activities surreptitiously without making even the next-door neighbour know about it.

That the local converts facilitate the astutely-oiled machine to spread its wings aggressively is of course in the knowledge of the state government. But under no given law the process of proselytising can be checked or disrupted.

A striking feature of the conversions has been that unlike the earlier practice of suffixing “masih” with the names of the converts the original names are retained. For instance, if earlier it would be Barjinder Masih after conversion, now it remains Barjinder Singh.

In many pockets, churches are named as “prayer houses”. In these “houses”, not only the locals are brainwashed, but are offered allurements like visas to foreign countries. The poor are even given food-grain bags as inducements.

The phenomenon is not limited to the Hindus. In fact, a large number of Sikhs from backward classes have been falling prey to wily missionaries. Between the census of 1991 and 2001, the population of the Sikhs saw a perceptible decline in Gurdaspur, Ferozepur, Jalandhar districts.