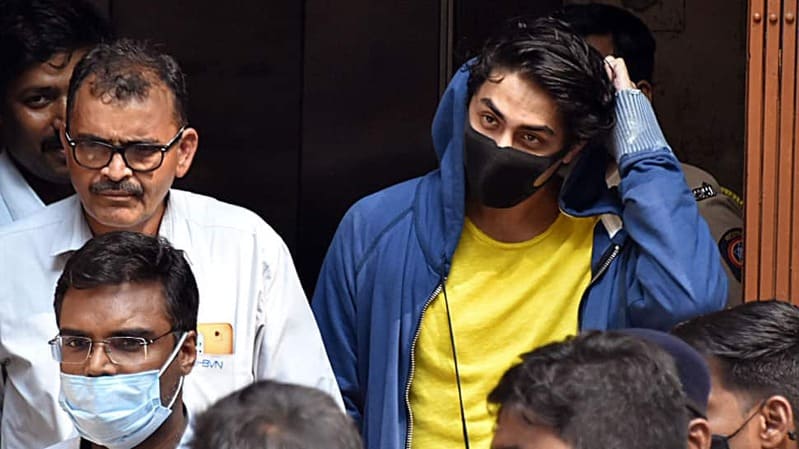 Despite a special Mumbai court’s rejection of Aryan Khan’s bail plea in a drugs case, some celebrities, liberals and politicians continue to shamelessly support Aryan going upto the extent of questioning the court’s order.

After superstar Shahrukh Khan’s son Aryan’s bail was rejected yesterday, some of them expressed shock as if they will decide what the court has to order.

Normally, when a common man is caught in a drugs case, nobody cares whether they have been denied or given bail, but here questions are being raised over court’s decision.

Many of these were silent in “outsider” actors cases like Sushant Singh Rajput’s incident and even office portion demolition case of Kangna Ranaut by the Maharasthra government. Even the court had later slammed the government, but none of these celebrities expressed any sympathy for SSR or Kangna.

Well, now they are not shying away from even questioning the court’s decision. In their shameless act, they even forget that it is neither the NCB nor some government that has rejected the bail, but the court.

And no celebrity son is above the law. Perhaps, by showing “shock” over the court’s decision, they want to build a pressure.

“Stunning abdication of law.. by those charged with upholding the rule of law!,” Tweeted actor Swara Bhaskar soon after the rejection of the bail.

While Congress leader Tariq Anwar tweeted, “No bail for Aryan Khan despite not having a single drug on him. 23yr old innocent boy being used for political vendetta. This is injustice and harassment @iamsrk Justice will prevail on appeal before Hon’ble Bombay HC against this travesty of Justice.”

Questioning the judges, Advocate Prashant Bhusan, Tweeted, “No drugs found in possession of Aryan Khan. In any case, alleged offence is punishable with max 1 year Jail. Yet no bail to him even after 2 weeks! Absurd! Seems that many judges have no idea of the right to personal liberty & the priciples of bail.”

Calling it injustice, political analyst Tehseen Poonawalla, tweeted, “Bail rejected for Aryan Khan. This is gross injustice and absolute harassment. Aryan Khan must immediately move the Hon’ble Bombay HC against this travesty of Justice. Remember Bail not Jail & Innocent until proven Guilty is the legal jurisprudence.”

Celebrities, including Hrithik Roshan and Salman Khan have already supported him. While actors like Kangana Ranaut have slammed their support in the drugs case.

Meanwhile, most netizens respected and supported the court verdict. Author Shefali Vaidya tweeted, “If the court has been consistently rejecting his bail, despite that battery of lawyers, it is obvious that the proof against Aryan Khan is huge.”