Can Rahul Gandhi’s pic wash off sinking fortunes of Cong? 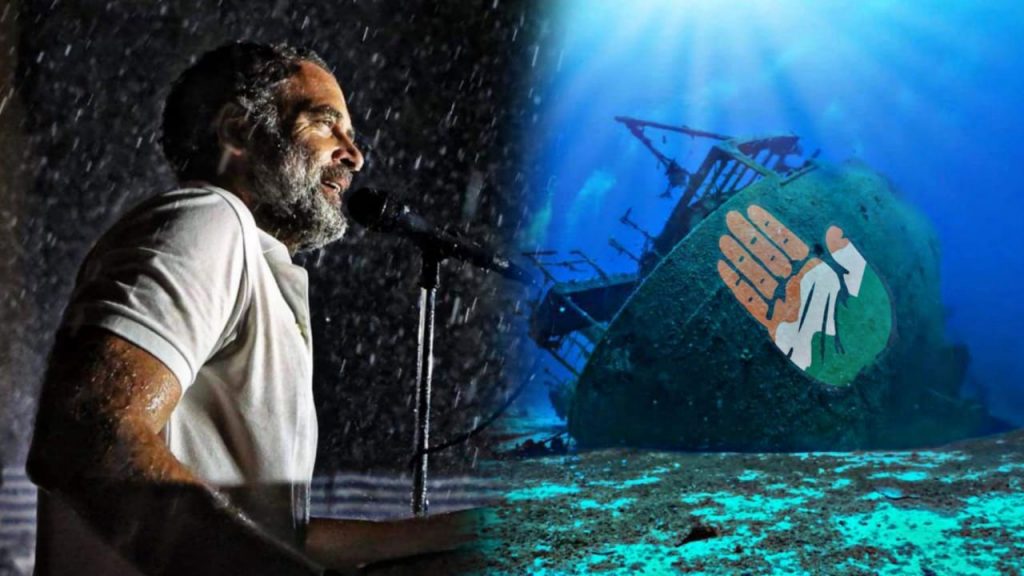 Rahul Gandhi is on his “Bharat Jodo” Yatra as if Bharat is not one nation. A photograph of Rahul Gandhi addressing his supporters under the spell of a rain surfaced out of this march. It has allegedly brought about tremendous excitement in the rank and file of Congress.

It didn’t rain as hard as it should have, but the enthusiasm rained heavily in the courtyards of the Congress party. They thought this picture would get them across Vaitarni, a river of hell. In India, it is believed that crossing the waters of politics is no less than crossing Vaitarni.

There is no harm in a sinking party to look at some iconic photograph as its messiah. But, politics is not so simple that an iconic photograph can get them votes. No, it doesn’t work like this. The picture in question may be good, but, just like public memory, its shelf life is short.

At the time of elections and voting, the enthusiasm and dynamism of members of any organisation counts for more than photo ops. There are more than 6 lakh villages in India. The social media hype of a pic can not reach such a diverse electorate. To create a wave in its favour, there is a need for a strong and enthusiastic organisation.

Can people expect it from a Congress rife with infighting?

Two incidents happened simultaneously amidst this photo op. Firstly in Uttar Pradesh, the Congress appointed a Dalit leader Brijlal Khabri as its state president. But, Khabri has come from BSP. The party also appointed six regional heads, and out of them four are outsiders. They are not Congressmen who fought along side Indira Gandhi, Rajiv Gandhi and Sonia Gandhi. As a result, they don’t inspire confidence in the grass-root worker.

In Rajasthan, Chief Minister Ashok Gehlot visited Sonia Gandhi to solve the chief minister’s imbroglio. After the much-publicised meeting, a tweet of KC Venugopal was fierecly debated. He had said that Sonia Gandhi will solve Rajasthan CM dilemma in two days, but over 10 days have elapsed, nothing has materialised.

Gehlot is pulling the right strings and having smokey meetings. The message to high command is loud and clear that he would not vacate CM’s seat. He clearly said he cannot cheat 102 MLAs who are standing with him.

So, where is the unquestioning respect for the Congress High Command? Does it have the ability to diffuse situations? Why didn’t the 102 MLAs stand with the party high command? Why are they standing with Gehlot, not Sachin Pilot whom the high command wants to see him assume CM’s seat? These are very serious questions that the Congress should think about.

From these problematic dots, one can understand that the Congress high command no longer commands respect from regional satraps.

Amidst these internal wranglings, the first litmus test for Bharat Jodo Yatra, the iconic photograph of Rahul Gandhi and his leadership, will be the election results of Himachal Pradesh and Gujarat. So, can this yatra change the fortunes of a sinking Congress?

The problem with the Congress is that it is not understanding simple mathematics. If one sees Rahul Gandhi’s yatra, it is criss-crossing 121 assembly constituencies. Out of which, the Congress had won 37 seats in 2019 Lok Sabha elections.

The Yatra is giving a miss to 222 other assembly constituencies, where they won 16 seats. It is evident that the party is focussing on South India and there are 129 seats up for grabs. Out of which, they won only two dozen, mostly in Kerala.

Looking at Kerala, it is an open secret that Venugopal faces a rebellion in the state party unit. And in Karnataka, it has not fared well in 2014 Lok Sabha and 2019 assembly elections.

Photographs don’t win elections, at least not in India. Sheer size and diversity of India ensures that.

Will the, much touted, iconic photograph of Rahul Gandhi be buried in the sands of oblivion? If Congress loses Himachal Pradesh and Gujarat elections, it definitely will.