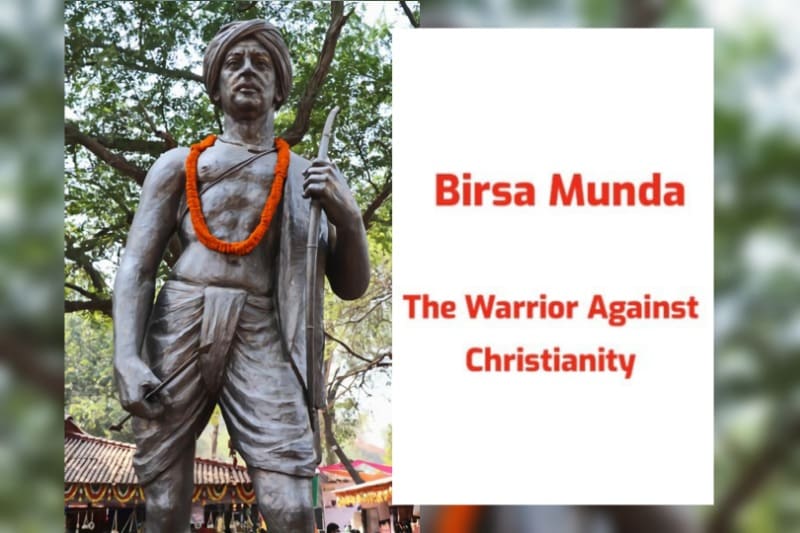 Prime Minister Narendra Modi today paid tributes to the freedom fighter.
Birsa was born in the tribal belt of the undivided Bihar in 1875. Munda rallied tribals against the British colonial rule and conversion activities of Christian Missionaries. He died during the struggle period in 1900 in a Ranchi jail.

“On this day, due to the strong will of Atal ji, the State of Jharkhand came into existence. Atal ji was the first to form a separate Tribal Ministry in the government & linked the tribal interests with the policies of the country,” Modi reminded.

Modi in his address, said, “As we celebrate Gandhi Jayanti, Baba Saheb Jayanti, we will celebrate the anniversary of Bhagwan Baba Birsa Munda on 15th Nov.”

On this occasion, Modi reminded the nation about several more unsung heroes and struggles. “Many struggles, including Khasi-Garo movement, Mizo movement, Kol movement has taken place in the past to protect the country against the foreign rule, ” he further said.

PM also recalled, “The country cannot forget the bravery of Gond Maharani Veer Durgavati & the sacrifice of Rani Kamalapati. The ideals of Chhatrapati Shivaji Maharaj which Babasaheb Purandare ji presented in front of the country, these ideals will continue to inspire us.”

Munda: the warrior against Christianity

He also inaugurated Bhagwan Birsa Munda Museum in Ranchi today through video conferencing. The PM said that Bhagwan Birsa Munda, fought for the rights of his land & culture. His ideals will continue to inspire generations to come.