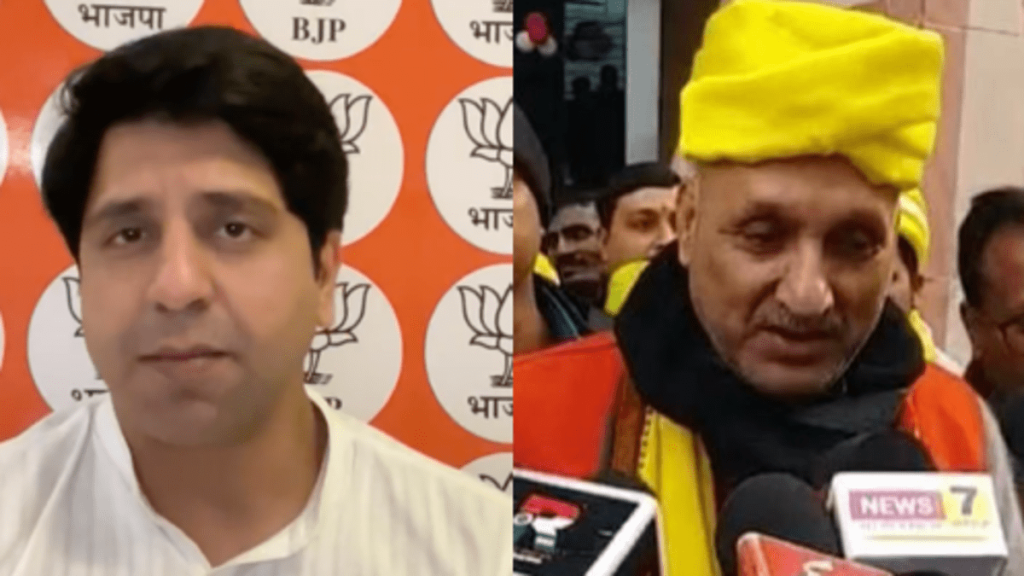 Patna (Bihar): Bihar Education Minister and RJD leader Chandrashekhar on January 11, stirred a hornet’s nest. He made a shameful statement by saying that books like Ramcharitmanas sow the seeds of hatred and social divide. This remark comes in the wake of Bihar RJD President Jagdanand Singh calling the construction of Ram Mandir at Ayodhya as Nafrat ki zameen.

The minister made this controversial remark at 15th convocation ceremony of Nalanda Open University. He tried to buttress his atrocious claim by citing a verse in Ramcharitmanas. He quoted ‘adham jati me vidya paye, bhayatu yatha dudh pilaye,’ meaning ‘low quality people become poisonous after getting education like snake becomes after drinking milk.’

Chandrashekhar added Dr BR Ambedkar had burnt the Manusmriti because it talked about depriving Dalits of their rights.

Hitting back at Chandrashekhar, BJP’s Shehzad Poonawalla said the RJD bats for terrorist outfits, but abuses Hindu faith for votes, and termed it as an industry of votebank. “This is not Sanyog but Votebank ka Udyog. Will action be taken? RJD bats for PFI, SIMI but abuses HINDU Astha for vote?” he tweeted.

Senior BJP MP Subramanian Swamy asked whether Chandrasekhar can have the courage to speak against Quran and added that Hinduism is a democratic religion where Hindus have many paths to achieve God.

“The way Bihar’s Education Minister has described Ramcharitmanas book as a book that spreads hatred, it has hurt the whole country. It is an insult to all Sanatanis, and I demand legal action for this statement. Government should sack him from the post of minister within a week. And he should apologise,” Jagadguru Paramhans Acharya said. He added that Ramcharitmanas is a book that connects and not divides, and it is a book to establish humanity. “It is the form of Indian culture; it is the pride of our country,” it added.

BJP OBC Morcha’s National General Secretary called it a silly opinion based on religious hatred. The RJD is doing politics of Muslim appeasement and that is reflected through such remarks, he said.