During his "Bharat jodo Yatra", the Nehru dynast has met persons with shady agendas. Including committed marxists and Christian Missionaries. 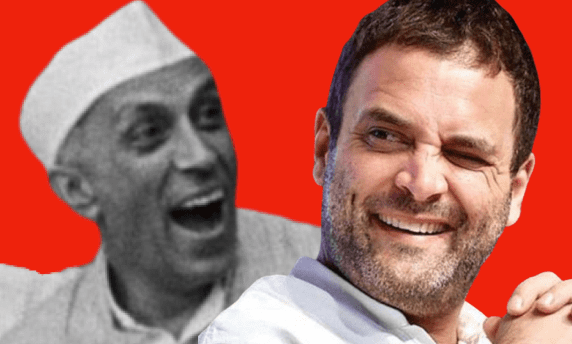 New Delhi: Rahul Gandhi is on Bharat Jodo Yatra. Already he has come in for a lot of flak for doing the yatra with the Leftists, who want India to break into pieces.

Break-nations always has been the Leftist agenda world over. Take for example, Vladimir Lenin in the first world war. He was striving for the defeat of his own country, and for that he had joined hands with Germany.

In our country, the CPI made pacts with the British to thwart the Quit India Movement in 1942. Its magazine cartoons continuously humiliated Netaji Subhash Chandra Bose by showing him as a donkey and a dog.

The same anti-nationalism continues to manifest even today in the celebration of the death of our brave soldiers in leftist institutions and slogans like “Bharat tere tukde honge”. The same seems to be manifesting in Rahul Gandhi’s Bharat Jodo Yatra too.

But what makes Rahul Gandhi to do yatra with anti-national and tukde tukde gang like Swara Bhaskar, Kanhaiya Kumar and others? Is it a matter of heredity?

The answer lies in Sandeep Deo’s “Kahani Communisto Ki“, a popular book in Hindi that traces the history of communism. Sandeep Deo is a veteran journalist who has worked with leading media houses.

The book reveals the relations that Nehru had with the Left and other India baiters. In 1924-25, he had joined Comintern, which was mainstay of Soviet Russia’s foreign policy, revolving around communist agenda. And, not surprisingly, his conduct throughout his life was in line with it. Is Rahul Gandhi emulating him?

Nehru was even made the honorary president of one of its conferences and had deep allegiance to the leftist ideology. This is why Gandhian principles were missing in his policies as Prime Minister. In fact. Socialism was the declared policy of the government during his tenure.

Even in his books he has criticized Gandhism and praised Marxism. Many written evidences of his dispute with Gandhiji in the matter of ideology are available even today.

Rahul Gandhi’s maternal grandfather, Nehru, also handled one of the three groups of the Comintern formed in India. Its objective was to turn the entire direction of the Congress towards the Left in the Indian independence movement. He also had an intimate relationship with Edwina Mountbatten, who had leftist connections.

These astonishing revelations in the book are not fiction or concepts, but historical facts that are profusely quoted from the leftist writers and Nehru’s books. So, there can be no better yardstick to judge the credibility of this book.

Considering these historical facts about Nehru, one should not be surprised why Rahul Gandhi associates himself with the tukde tukde gang and anti-nationals hand-in-hand. Moreover, he flaunts his pedigree from Nehru.

It is a matter of heredity, of course.