Tribals in Bastar were agitated at the inaction by administration. Local communities had repeatedly complained against Christian Missionaries. 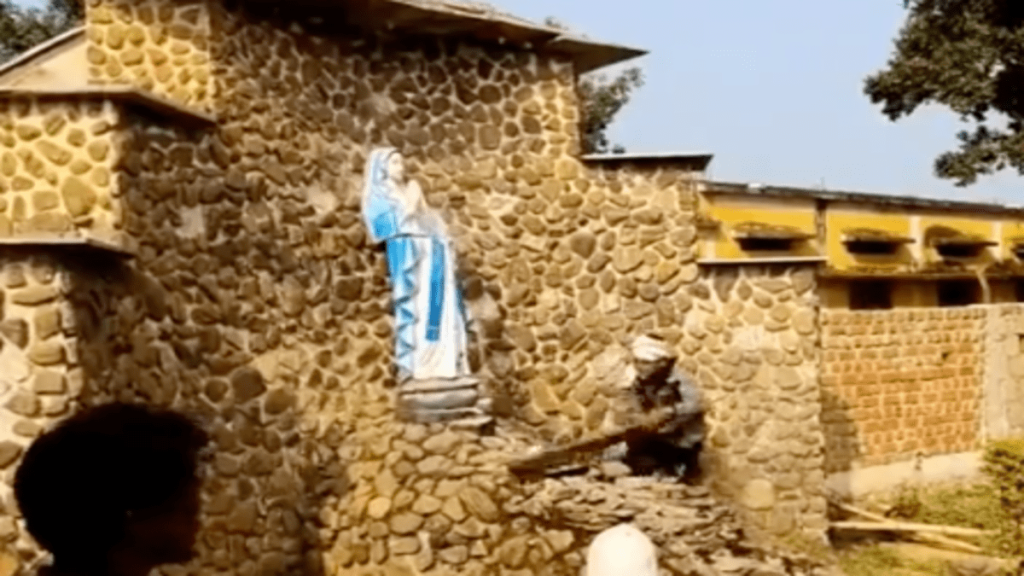 Agitated over forced religious conversions, tribals vandalised a church in Bastar, Narayanpur district here on Monday. They were angry that the local administration was not taking any action against Missionaries despite repeated complaints. In the incident, some persons also attacked the Narayanpur Superintendent of Police Sadanand Kumar. He sustained injuries on head during the protest which turned violent.

According to information, an Adivasi group had called up a meeting. The aim was to discuss clashes between Hindus and Christians over the issue of forced religious conversions of tribals. The tribals wanted to submit a memorandum of demands to the collector’s office. However, some of them felt aggrieved that their complaints made in the past had not evinced any response on the part of administration. They were wary of illegal conversion activities and illegal construction of churches around the area.

Thus infuriated, they entered a church in Bastar and vandalised its interiors. When the cops tried to stop them, a clash ensued. Many of them had come on motorcycles and sped away after the incident. The police are identifying the culprits for further action..

Several incidents of forced religious conversion have surfaced from Jharkhand in the recent time. But, it seems no major action was taken by the authorities concerned, despite complaints from the tribals.

Recently, village community head Prem Kumar had submitted a letter to Sahibganj Deputy Commissioner to stop the conversions in his villagers. He had said, “I am a Hindu, the government should help me to remain a Hindu.” This tribal youth of Jharkhand’s Sahibganj had pleaded with the DC that some people are pressurizing him and others to convert to other religion, giving false allurements. He had sought action against them.