Aroosa Alam is the new buzzword in Punjab politics 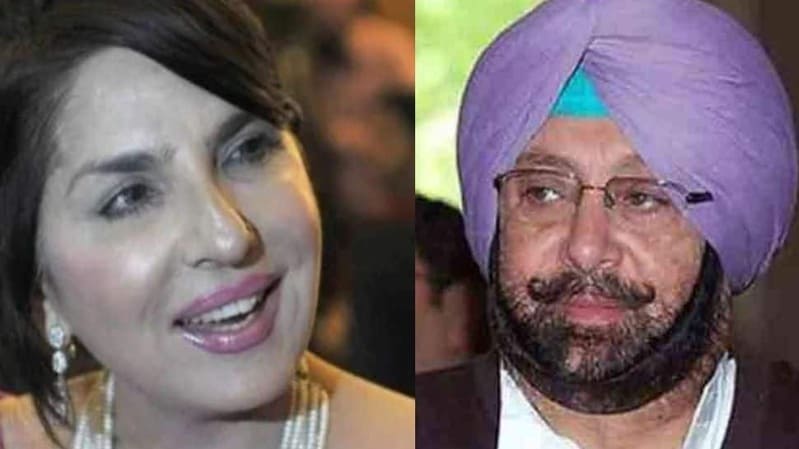 Move over Captain-Sidhu political feud. Aroosa Alam is the new buzzword in the Punjab politics.

It all started after a war of words erupted between Captain and Deputy Chief Minister Sukhjinder Singh Randhawa on Twitter over the topic of who is a true nationalist.

During the conversation, Randhawa asked Captain on Twitter, “By the way, why are you perturbed over probe on Aroosa and ISI links? Who sponsored her visa and everything concerning her will be thoroughly probed. I do hope everyone concerned will co-operate with the police in the probe.”

However, interacting with media in Delhi today he said that Research and Analysis Wing (RAW) should investigate her links with ISI. This statement came after he denied of initiating any probe.

The media adviser of Capt. Amarinder Singh jumped into the war of words on twitter by releasing a picture of interim Congress President Sonia Gandhi while meeting Aroosa, alongwith cryptic comment, “Just By the way.”

He further shot back, “Perturbed? Have you ever seen me perturbed on any issue in all these years? In fact, you seem to be perturbed and confused, if your flip flops are any indication. Why don’t you make up your mind on this so-called probe against Aroosa Alam?”

“As for who sponsored Aroosa’s visa, of course I did, for 16 years. And FYI, requests for such visas are sent by Indian HC to @MEAIndia, which gets them cleared by RAW & IB before approving. And that’s what happened in this case every time”

“What’s more, a detailed inquiry was conducted in 2007, when I was no longer CM, by NSA on orders of then UPA PM before granting visa to Aroosa Alam. You still want to waste Punjab’s resources on this? I’ll help you with whatever you need’,” he added.

The Captain in a series of Tweets through his Media Adviser Raveen Thukral, said,“So now you’re resorting to personal attacks. One month after taking over this is all you have to show to the people. What happened to your tall promises on Bargari & drugs cases? Punjab is still waiting for your promised action.”

“You were a minister in my cabinet. Never heard you complain about Aroosa Alam. And she’d been coming for 16 years with due GoI clearances. Or are you alleging that both NDA and @INCIndia led UPA govts in this period connived with Pak ISI?,” he added.

Replying to him, the former CM posted his wife and daughter-in-law pictures with Aroosa. “And how about you explaining this. Isn’t that your wife & daughter-in-law with the same lady? How low can you get? Mixing politics with friendship! #AroosaAlam personally cherishes these & many more such memories with your family.”

With Aroosa being mentioned by different Punjab politicians, people are curious to know more about her.  She is said to have met Captain in early 2000s during latter’s visit to Pakistan. And the two have been friends since then.

When Captain returned to power in 2017, Aroosa was reportedly among the first VVIP guests to attend his swearing-in ceremony. She was present at the launch of ex-CM’s different books.