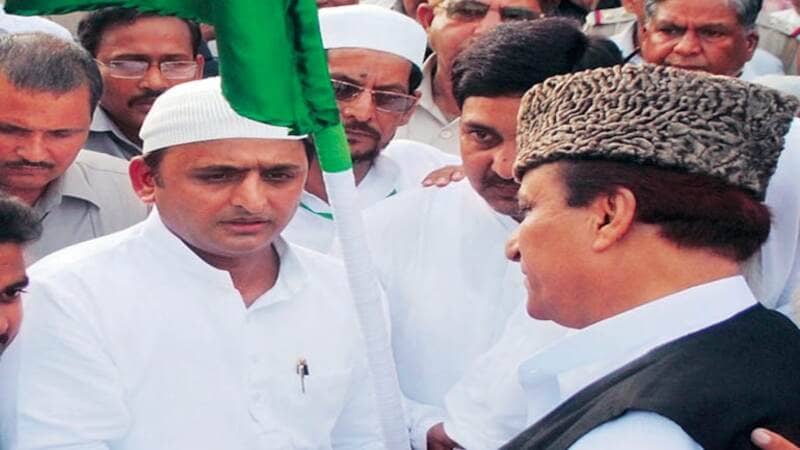 Pakistan’s founder Muhammad Ali Jinnah, the man who is considered responsible for India’s partition and the genocide of Hindus-Sikhs in 1947, has found praise from Samajwadi Party’s supremo Akhilesh Yadav.

Ahead of Uttar Pardesh polls, the former state Chief Minister Akhilesh Yadav on Sunday went on to compare the architect of India’s painful partition with icons Mahatma Gandhi and Sardar Vallabhbhai Patel.

“Sardar Patel, Mahatma Gandhi, Jawaharlal Nehru and (Muhammad Ali) Jinnah studied in the same institute. They became barristers and fought for India’s freedom,” he said at a public rally in Uttar Pradesh’s Hardoi.

Perhaps, in his attempt to capture votes of a particular section, he forgot the kind of struggle, torture and riots the people of our country had suffered and witnessed during the partition.

In his eagerness to appease a particular section, Akhilesh seems to have forgotten that India wanted to remain a civilisational country, which it is today as well, while Jinnah wanted an Islamic nation. This bigoted view of Jinnah led to kiling of thousands of people on both sides of the border.

Replying to Yadav’s statement, BJP spokesperson Rakesh Tripathi Tweeted, “Just listen to the intellect of this gentleman, who does politics on caste and religious lines and has returned after studying in Australia. He is equating the contribution of Muhammad Ali Jinnah with  Gandhi ji, Nehru ji and Sardar Patel for freedom struggle. Those who have been advocating for the release of terrorists from prisons are now advocating Jinnah from the open platform.”

UP’s Minister of State for Minority Welfare Mohsin Raza tweeted, “By saying that the ideology of divisive Jinnah is the ideology of Mahatma Gandhi, Sardar Patel, Jawahar Lal Nehru, Akhilesh ji has insulted the great men of our country.

In a subsequent tweet Raza continued, “Before it is too late, citizens of our country should recognise the persons who want “Jinnah Wali Azadi”. Identify the persons who are expecting votes from Jinnah’s relatives.”

On the contrary, Yadav slammed his own country’s organisation. “It was Iron Man Sardar Vallabhbhai Patel who imposed a ban on an ideology,” he further said, in an oblique reference to the RSS.

He, however, conveniently forgot to mention that, impressed with the services of RSS volunteers at the borders during war with China in 1962, first India Prime Minister Jawahar Lal Nehru had invited Sangh volunteers to the 1963 Republic Day parade to their spirit of nationalism. This fact was recently shared by the RSS during visit of congress veteran and former President Pranab Mukherjee to an event organised by Sangh.