After calls for his ouster, Congress leader retracts anti-Hindu statement

"Where did the Hindu word come from? Is it ours? It is Persian....what is Bharat's relationship with it? : Cong leader 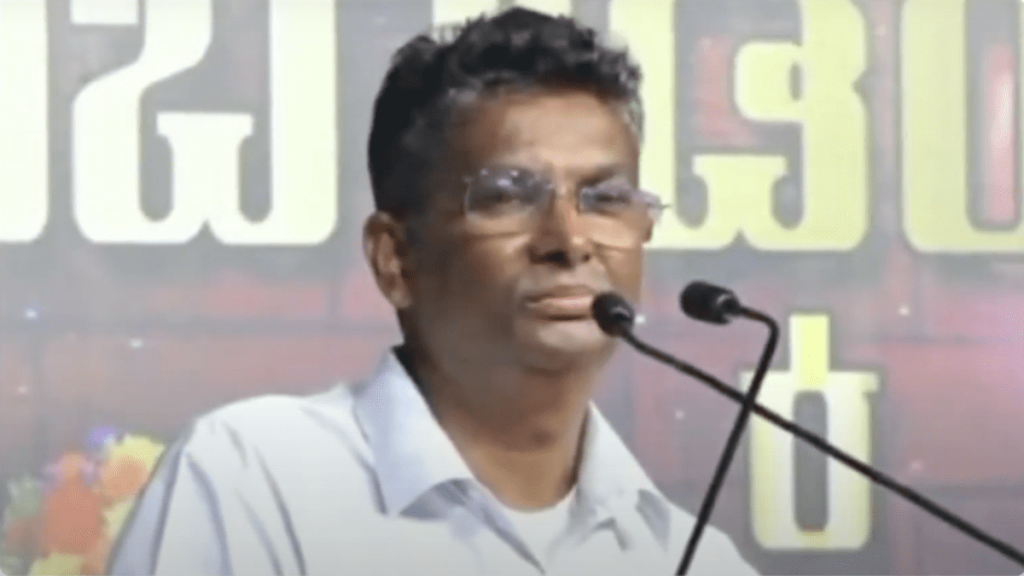 After several protests by Karnataka BJP leaders demanding his ouster from the Congress, Satish Jarkiholi, state working president of the party, has finally withdrawn his shameful remarks. He had made a blatantly anti-Hindu statement during a program.

Alleging that some people were trying to twist his statement and use it against him, he wrote a letter to chief minister Basavaraj Bommai. He claimed that he has not made any anti-Hindu remarks.

The CM had earlier criticised the Jamkhandi MLA for his controversial anti-Hindu statement. He wrote in his letter that he was withdrawing his statement made on Sunday. He expressed regret, but also asked the chief minister to probe an attempt to defame him over the statement.

The congress leader had earlier remained unapologatic after his shameful anti-Hindu statement and denied to retract or apologise for his words.

A day after his remarks and anti-Hindu statement, Jarkiholi, said, “Let everyone prove I’m wrong. If I am wrong, I’ll resign as MLA and not just apologise for my statement.”

Satish had said in an event earlier that if you come to know the meaning of the word Hindu, you will be ashamed. He also said that “a word and a religion from elsewhere is being forcefully imposed on people here”.

“….where did the Hindu word come from? Is it ours? It is Persian. Persian is from Iran, Iraq, Kazakhstan, and Uzbekistan. What is Bharat’s relationship with it? Then, how did Hindu become yours? There should be a debate on this,” he had said.

Though, he had not retracted his anti-Hindu statement, Karnataka Congress chief DK Shivakumar said Jarkiholi’s statement is his personal opinion and not the Congress party’s opinion. He also stated the party will ask for his explanation on the same.