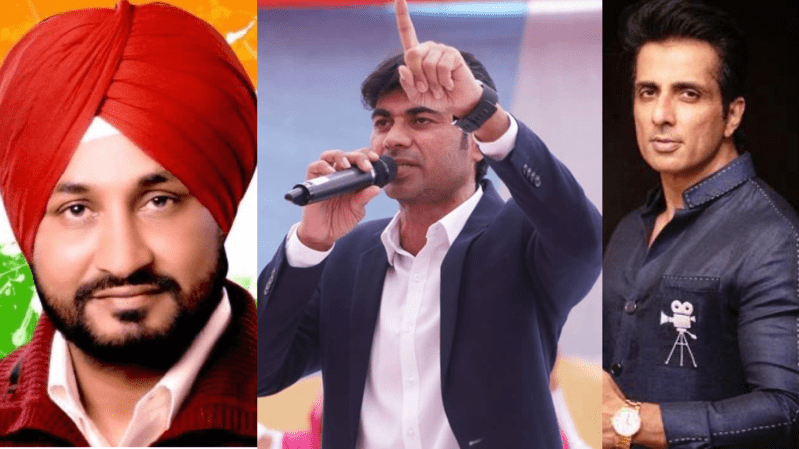 Following backlash, Punjab Chief Minister Charanjit Singh Channi and actor Sonu Sood skipped a missionary’s event. Ostensibly it was a conversion programme, hosted by controversial self-styled faith healer Bajinder Singh.
Bajinder had planned to open a branch of his supposed ‘healing centre’ in Moga, Punjab on November 25. Outraged citizens posted flyer of the event on social media platforms. The chief guests of the event were Channi and Sonu Sood. A large section of citizens had criticised the congress leader and the actor for it.
In an advertisement on his YouTube channel, Prophet Bajinder claimed that attendees would witness “miracles” by him and he would heal people suffering from cancer, disabilities, and possessions.

Slamming him, Anshul Saxena, who had to face the ire of missionaries after he questioned them over treatment of minors, said, “2 months ago, NCPCR acted on my complaint about Pastor Bajinder using minor boy for conversion activities. But minor boy & his family gave statements against me. Pastor’s supporters burned my effigy and filed police complaint against me. Now, Punjab CM is chief guest of his show.”

Taking exception to the word Prophet, one netizen Shubhendu, said, “Prophet Muhammad is the last messenger of God. Who is this Bajinder guy now? This is very insulting to IsIam & MusIims.”

BJP leader Raman Malik, claimed, “In moga, Punjab it is said that about 3000 people are going to be converted. [email protected] and @SonuSood are said to be a part of this event. @mssirsa will @Akali_Dal_ or #AkalTakht official’s talk about it? What about #khalistanis supporter, will U protest against this?”

Having faced flak, Sonu Sood had to issue a statement, “I am not attending any function in Punjab this month so kindly don’t believe in any false news. I am busy shooting in mumbai for next few days.”

It seems that since Punjab elections are approaching, the duo was eyeing the naive vote bank of Bajinder. Sonu Sood’s sister is also going to contest the poll from Moga. Apparently, it was a good opportunity for them to woo Bajinder’s supporters, but the online flak seemed to have changed their mind.

This Chandigarh-based Christian missionary was arrested for allegedly raping a Zirakpur woman in 2018. Police arrested him at the Delhi airport when he was about to board a flight to London. He had to attend a healing event on July 21 in London. The victim had alleged that Bajinder had raped her in his Sec 63 flat and also shot a video. He allegedly later threatened her to make the video public if she opened her mouth. The woman, a security staff in his team had alleged he had also promised her of taking her abroad.