In 2018 case of illegal sand mining, ED has recovered unaccounted cash and gold from Channi's business associate and relative 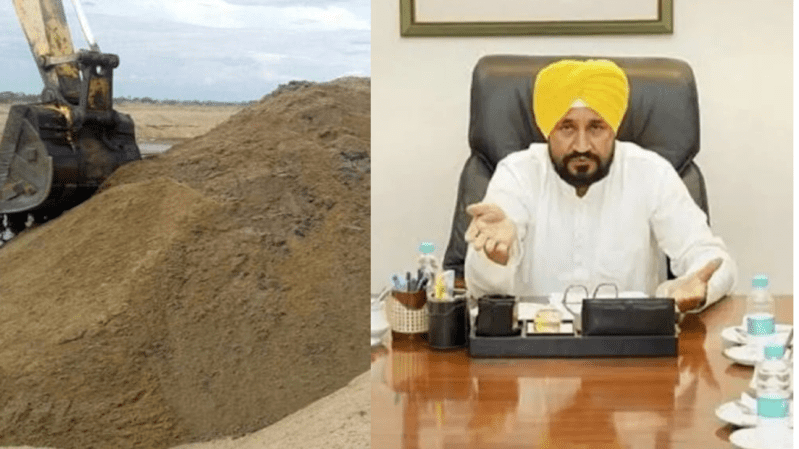 Enforcement Directorate (ED) has seized Rs 10 crore in cash from the premises of Bhupinder Singh. He is nephew of Punjab chief minister Charanjit Singh Channi, and and also his business partner. Following the raids in connection with illegal sand mining in the state, the CM has alleged “revenge” is being taken from him.

He alleged the raids are a planted exercise. “My nephew was not named in the 2018 case. This is a conspiracy to trap me in this case. They are taking revenge because I stood with Punjab and people of Punjab during the Prime Minister’s visit to Ferozepur,” Channi, who is hoping to come back to power after assembly elections scheduled next month, alleged further.

However, leaders from the opposition have slammed the Congress leader. Channi had blamed former CM Amarinder Singh of a witch-hunt. Responding to Channi’s accusation the former CM Captain Amarinder Singh said, “ED doesn’t report to me. Nor did I plant the money seized from your kin. So stop blaming me for your family’s crimes. As I always say, the law takes its own course. It is something that the congress forgot when they accused me of shielding culprits.”

“Channi sahib, Modiji had raided not on my relatives, but on me, on the sitting CM. They got only ten mufflers from my house. I didn’t get so much cash and so many vehicles like you in my house. You have done wonders in 111 days,” he fired a salvo at his Punjab counterpart.

The Delhi CM was replying to Channi’s comments in media. Channi had said, “Kejriwal ji when your relative was raided, why were you screaming at that time?”

Tarun Chugh, BJP national general secretary has demanded Channi’s resignation. Tarun Chugh alleged, “He is patronising his family members in clandestine sand-mining in the state. The ED raids have established that the Congress has been running sand mafias. This is happening in the state under the nose of the chief minister.”

Chugh Rubbished Channi’s argument that it was a retaliation from Centre government. He was referring to the security breach in Ferozepur during Prime Minister Narendra Modi’s recent visit. Chugh added that it was Congress regime that had registered the case in 2018. Congress did it after due inquiry. ED has only completed an investigation.

Shiromani Akali Dal (SAD) president Sukhbir Singh Badal felt vindicated. He said, “Recoveries of crores of rupees in cash has vindicated our accusation that Channi is part of the the biggest sand-mining mafia in the state”.

However, the congress defended the CM. Mallikarjun Kharge, General Secretary, congress, tried to blame BJP. He alleged, “ED raids on the relatives of Punjab CM Channi shows how unnerved the BJP is about a performing & popular Dalit CM. People of Punjab are waiting to teach BJP & their B-teams a befitting lesson. Such vendetta will only lead to a landslide victory for Congress in Punjab.”

Agencies have seized Rs 10 cr from Bhupinder Singh and his partner, Sandeep Kumar. Besides that, the directorate has recovered gold worth Rs 21 lakh and a Rolex watch worth Rs 12 lakh.

The investigation under the Prevention of Money Laundering Act (PMLA) is based on a 2018 case. Punjab Police had registered the case of illegal sand mining. ED had lodged an ECIR (Enforcement Case Information Report) at its zonal office in Jalandhar. In November last year ED had taken over the probe.